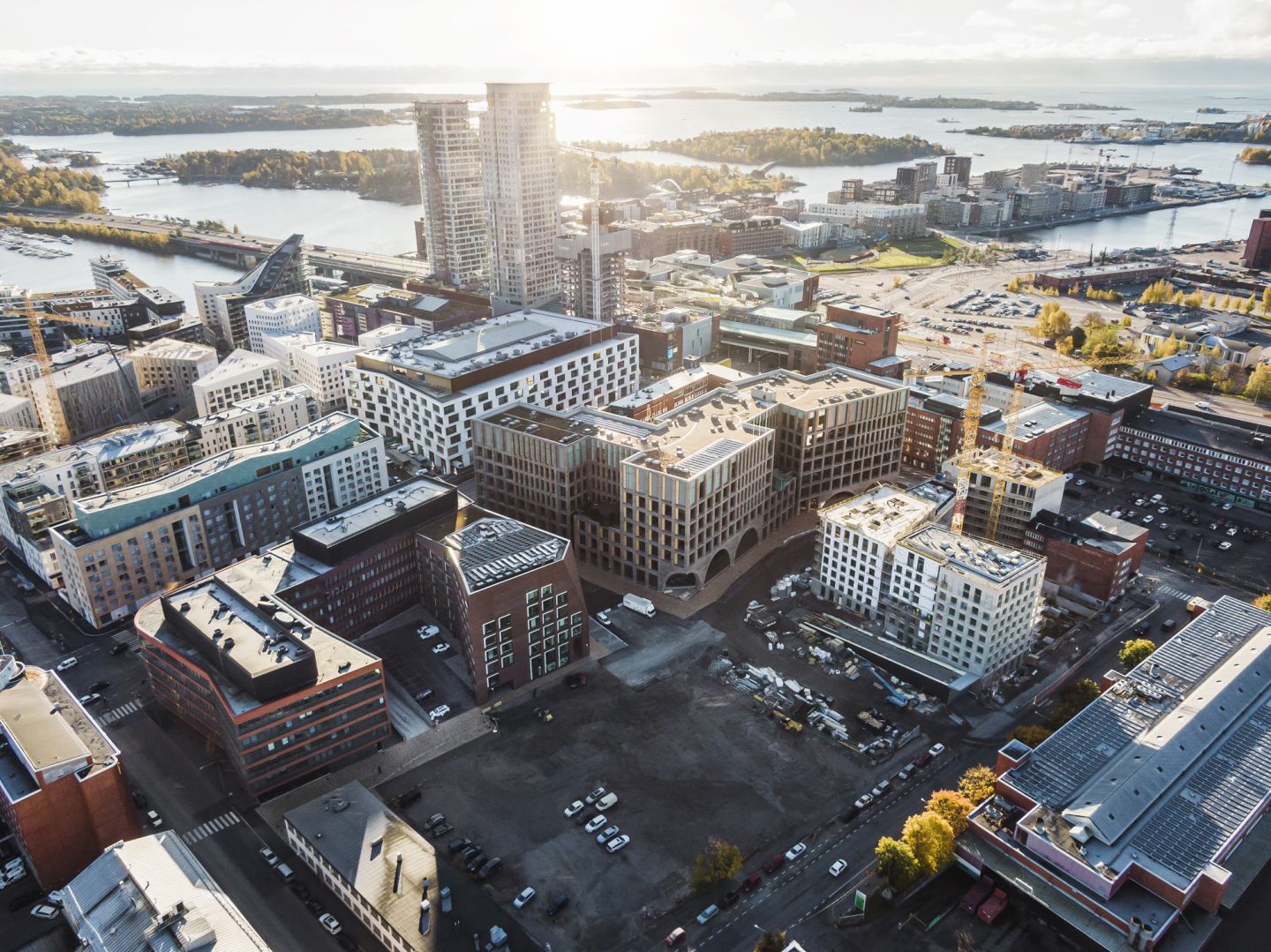 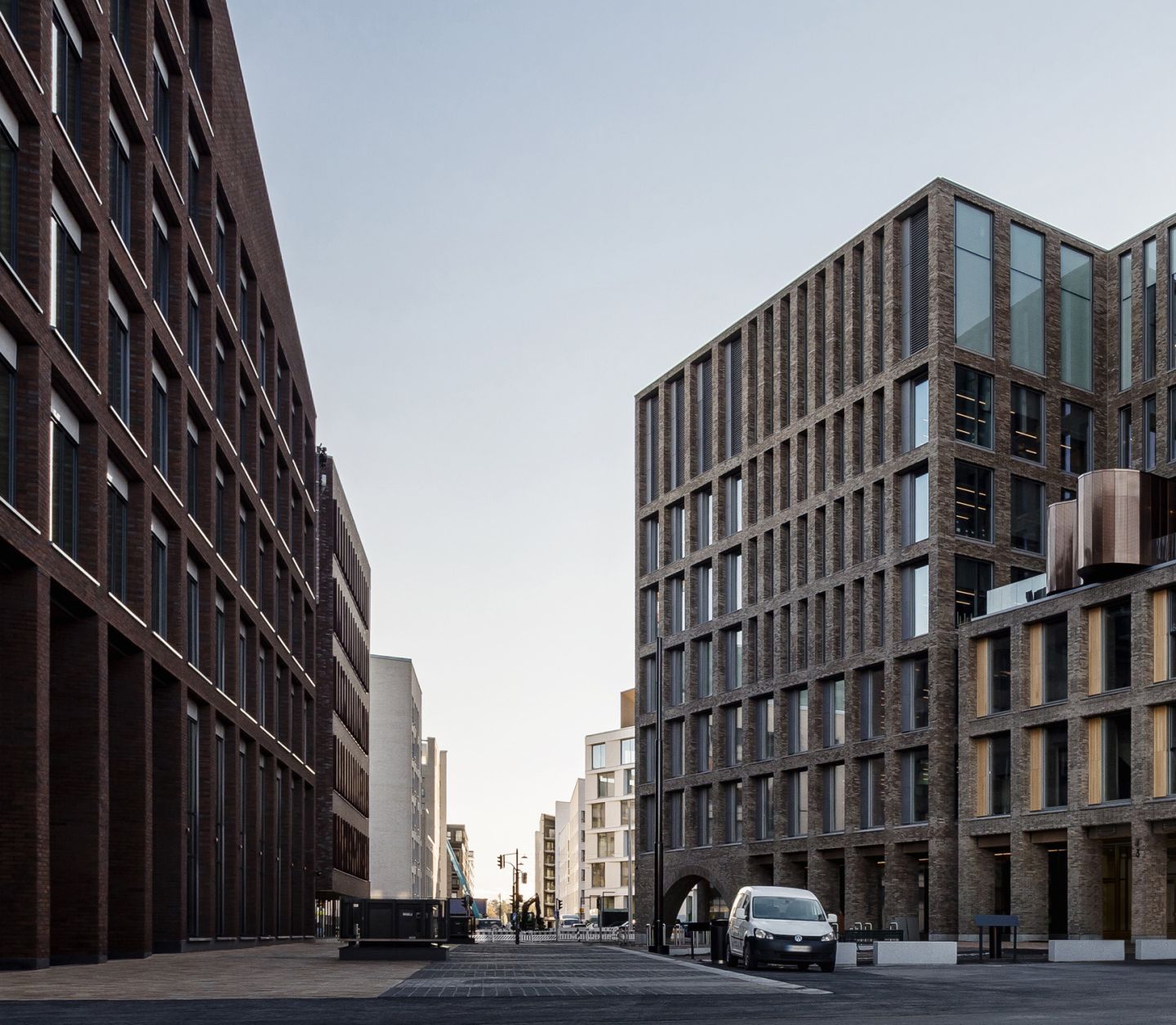 As a new home of city planning officials, the Urban Environment House acts as a role model building which demonstrates the City’s high standards of building and urban planning. 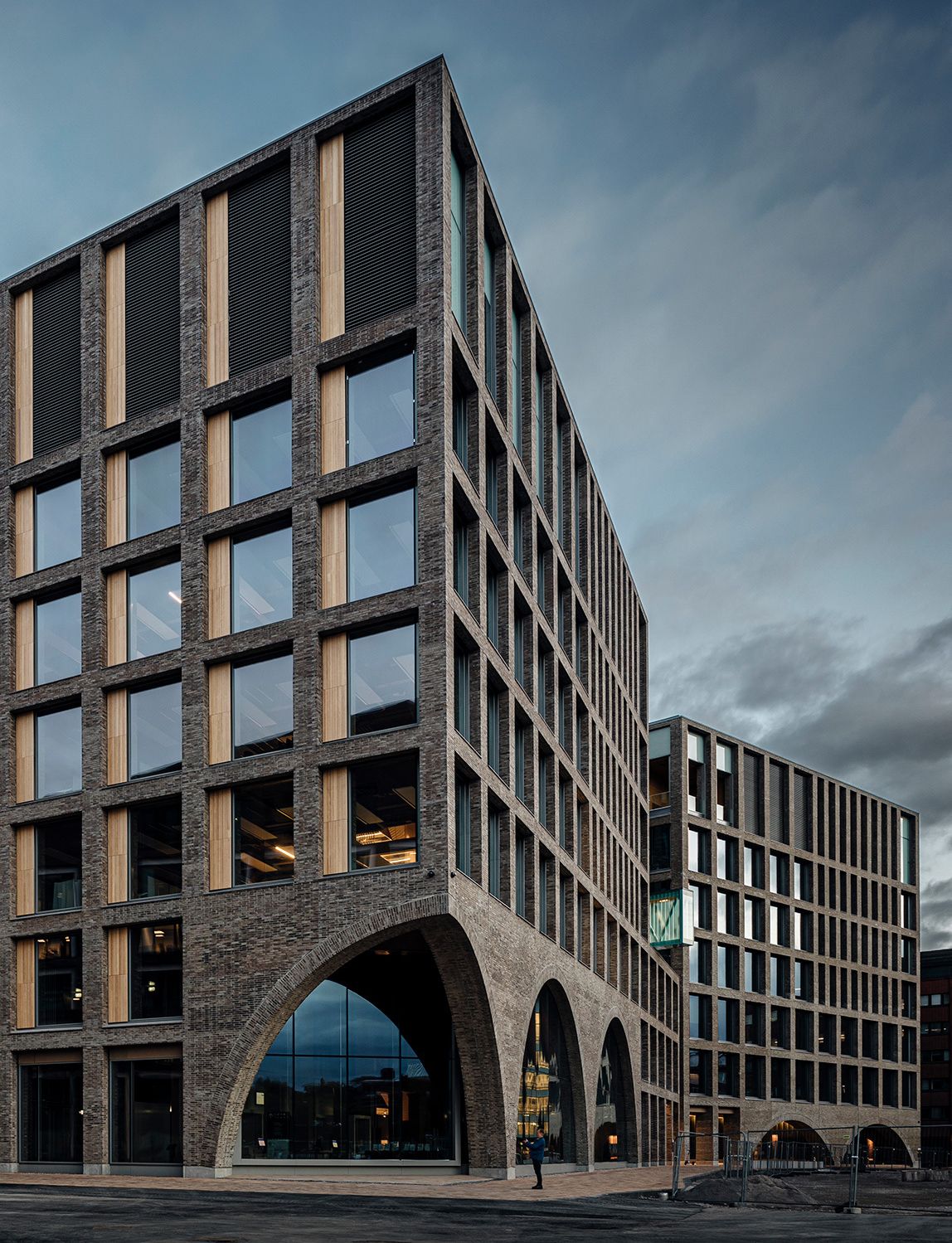 An advanced combination of brick cladding and cast-in-place concrete structure made the broad brick arches and the half-arch possible. 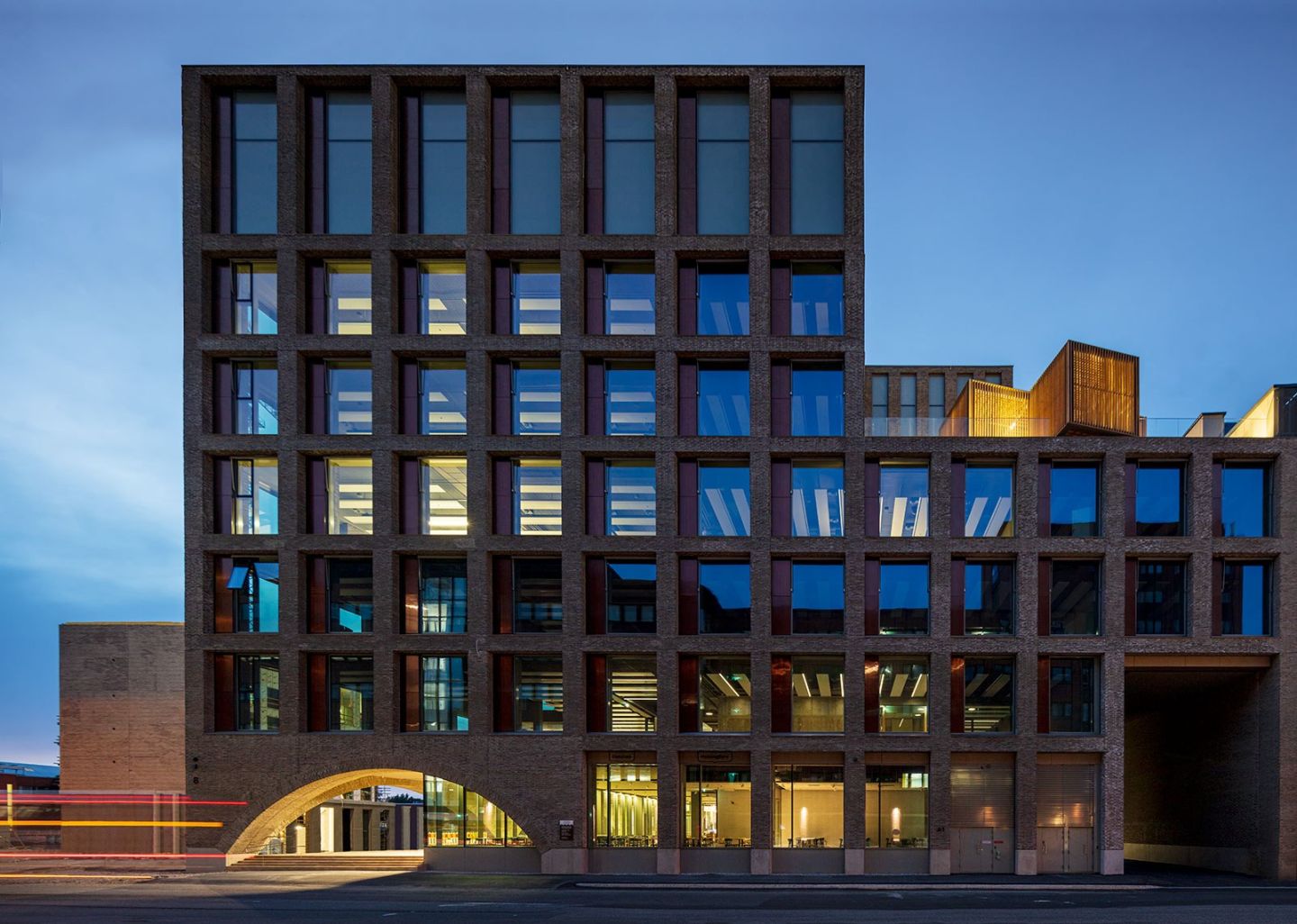 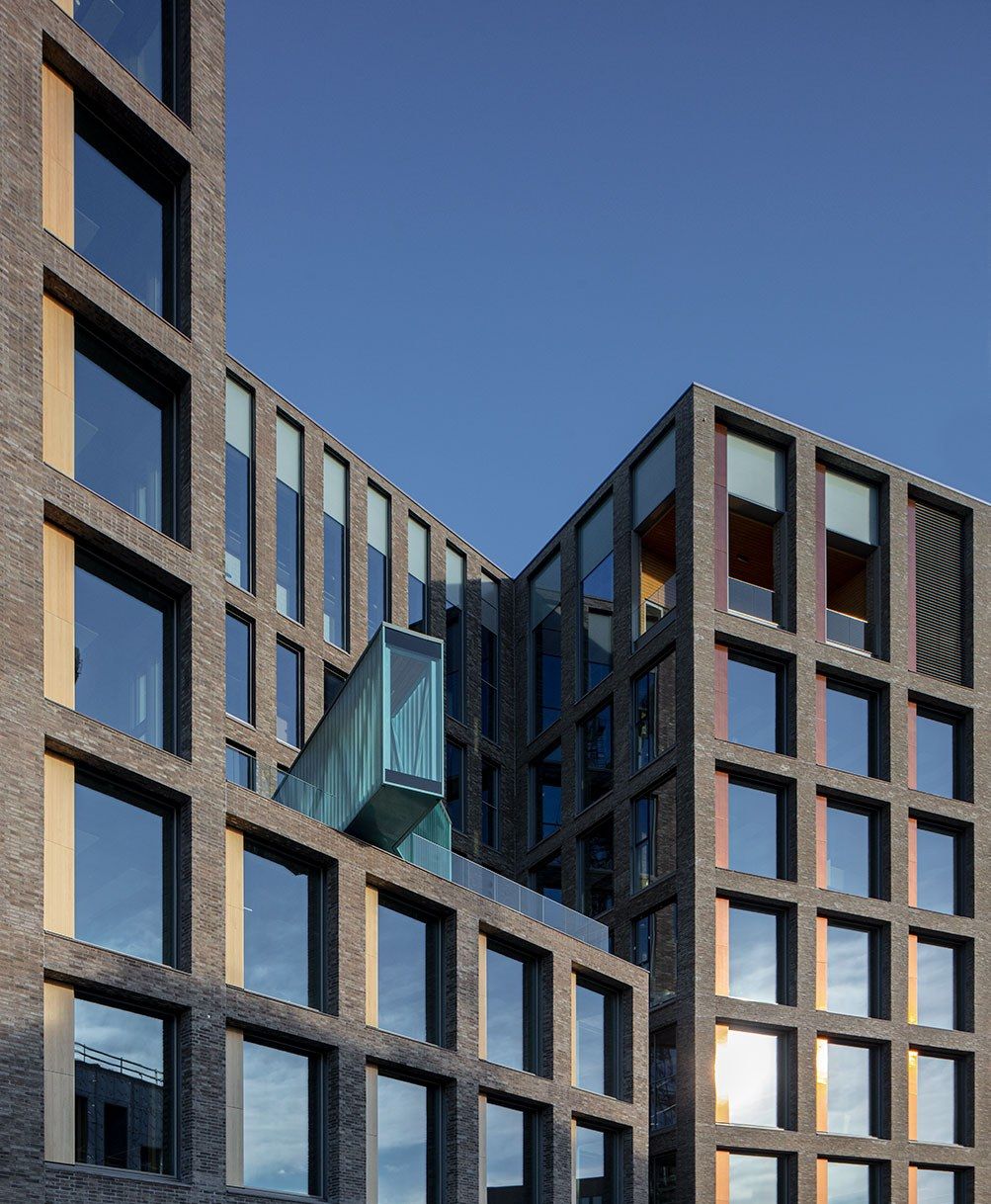 The Urban Environment House is a large building that was adapted to its surroundings by dividing its mass into parts. In terms of functionality and HVAC, the building complex can be divided into three independent parts. In the facades, the parts of the building are separated by rooftop terraces and pavilions placed on them, which give each terrace its own character. Varied mortar joint styles and the use of wood, concrete and copper in details also subtly differentiate the parts of the building from each other. 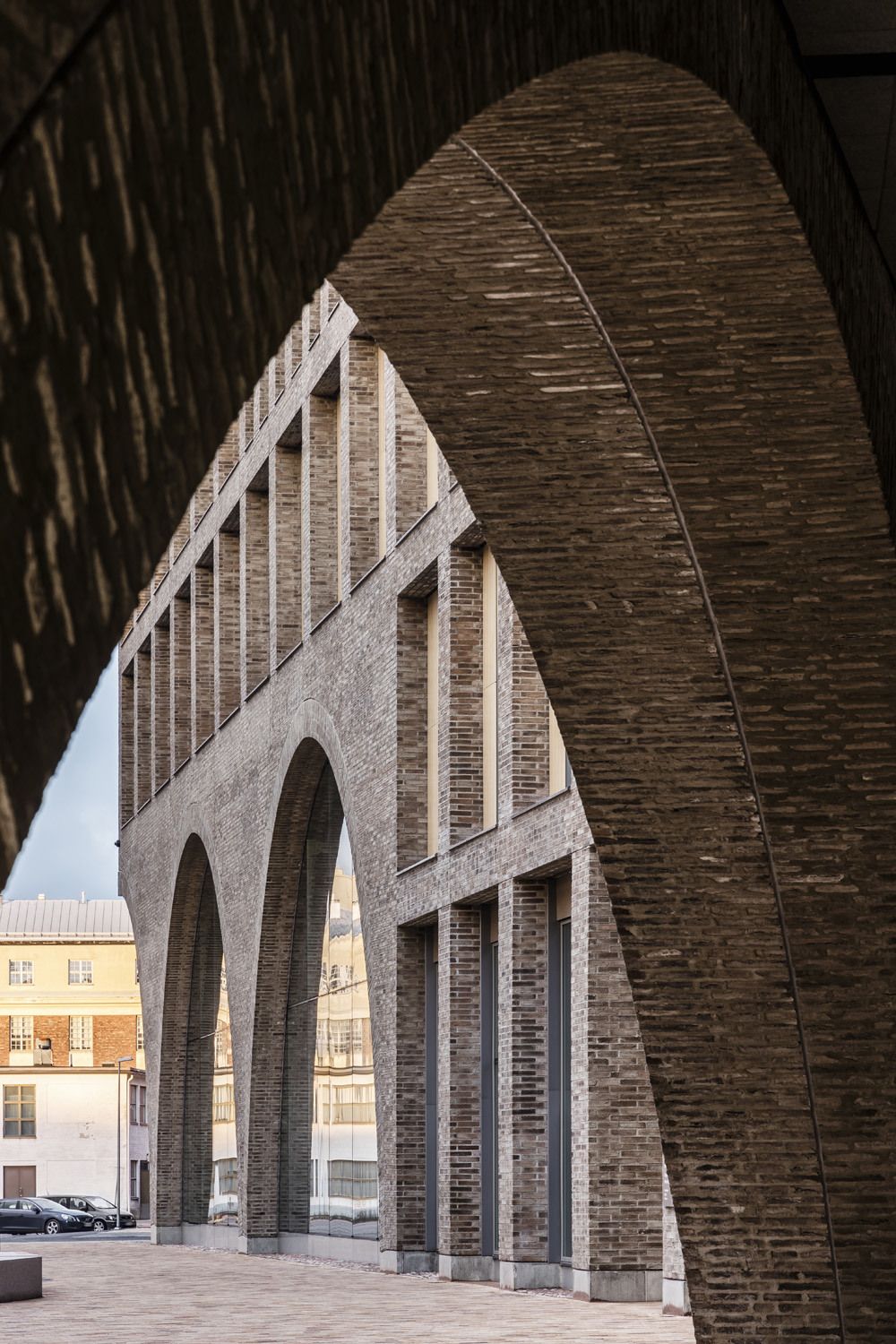 Arches and arcades link the Urban Environment House to the history of architecture, thus creating a building that is both modern and archaic. 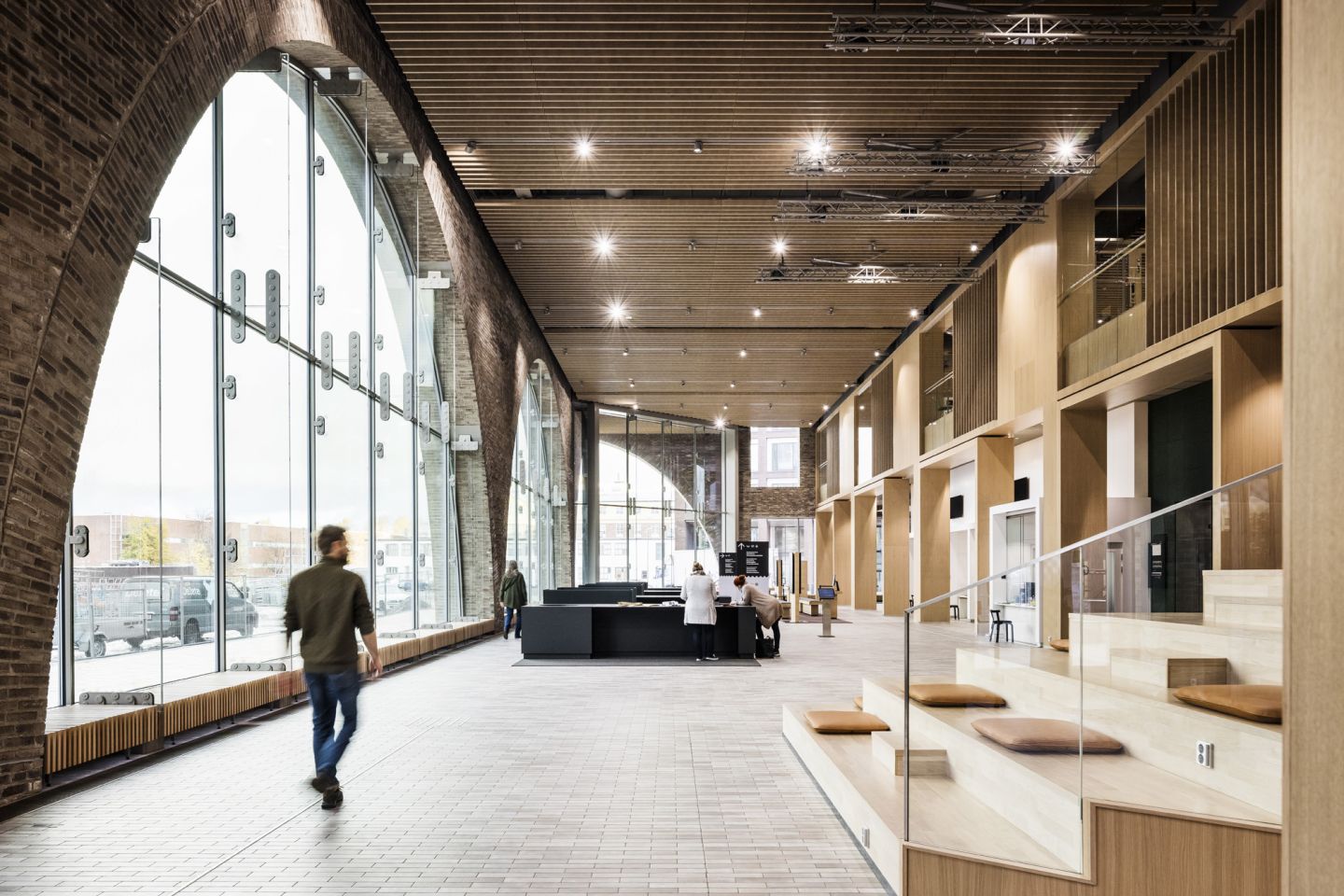 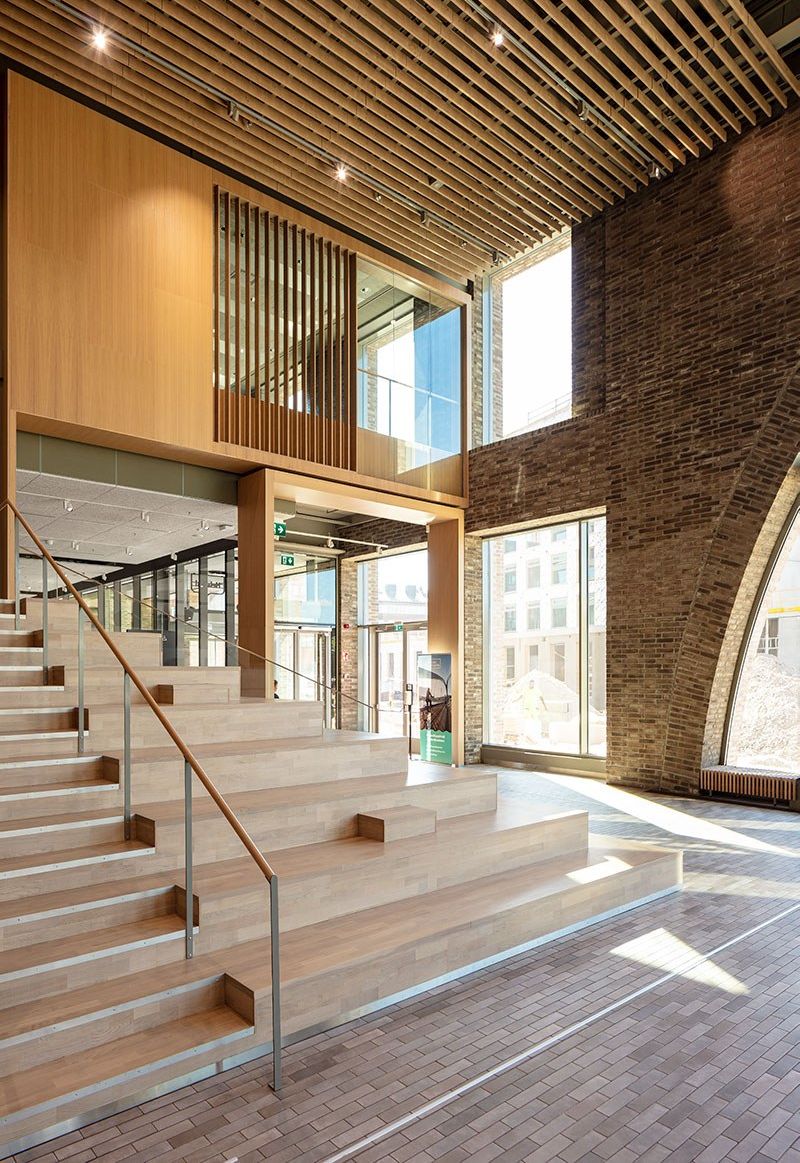 In the spirit of open Nordic society and civic democracy, the first two floors of the building consist mostly of public spaces.

The Urban Environment House is an activity-based work environment characterized by spaciousness and high ceilings. The interiors are a diverse mixture of ample spaces, where, for example, openings connecting the floors, auditorium-style staircases, and street-like passageways have replaced conventional isolated floors and lobbies that pierce the whole building. Efficient workspaces are the result of combining a deep building frame with higher-than-usual floor height and large windows, which allows daylight far into the building. 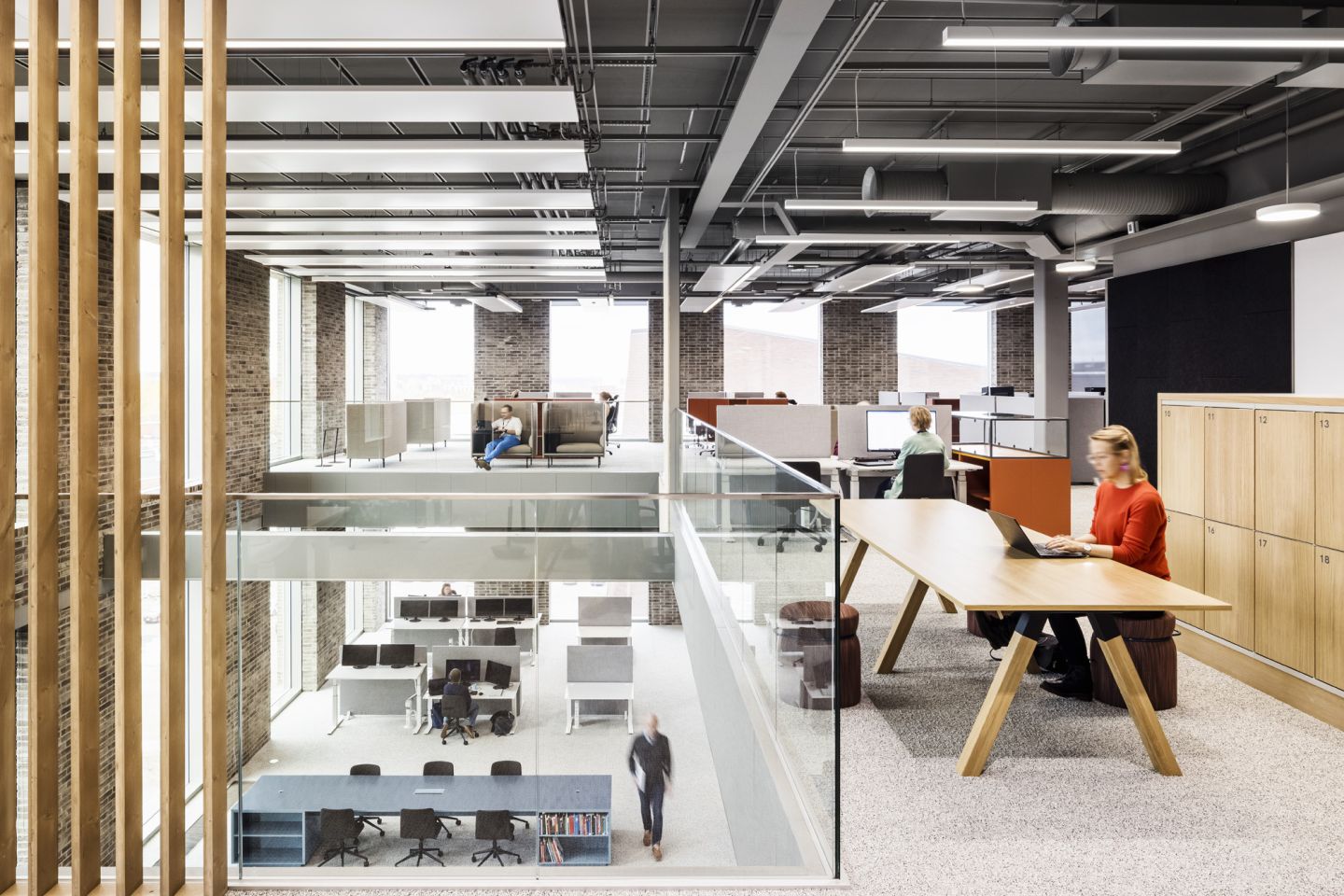 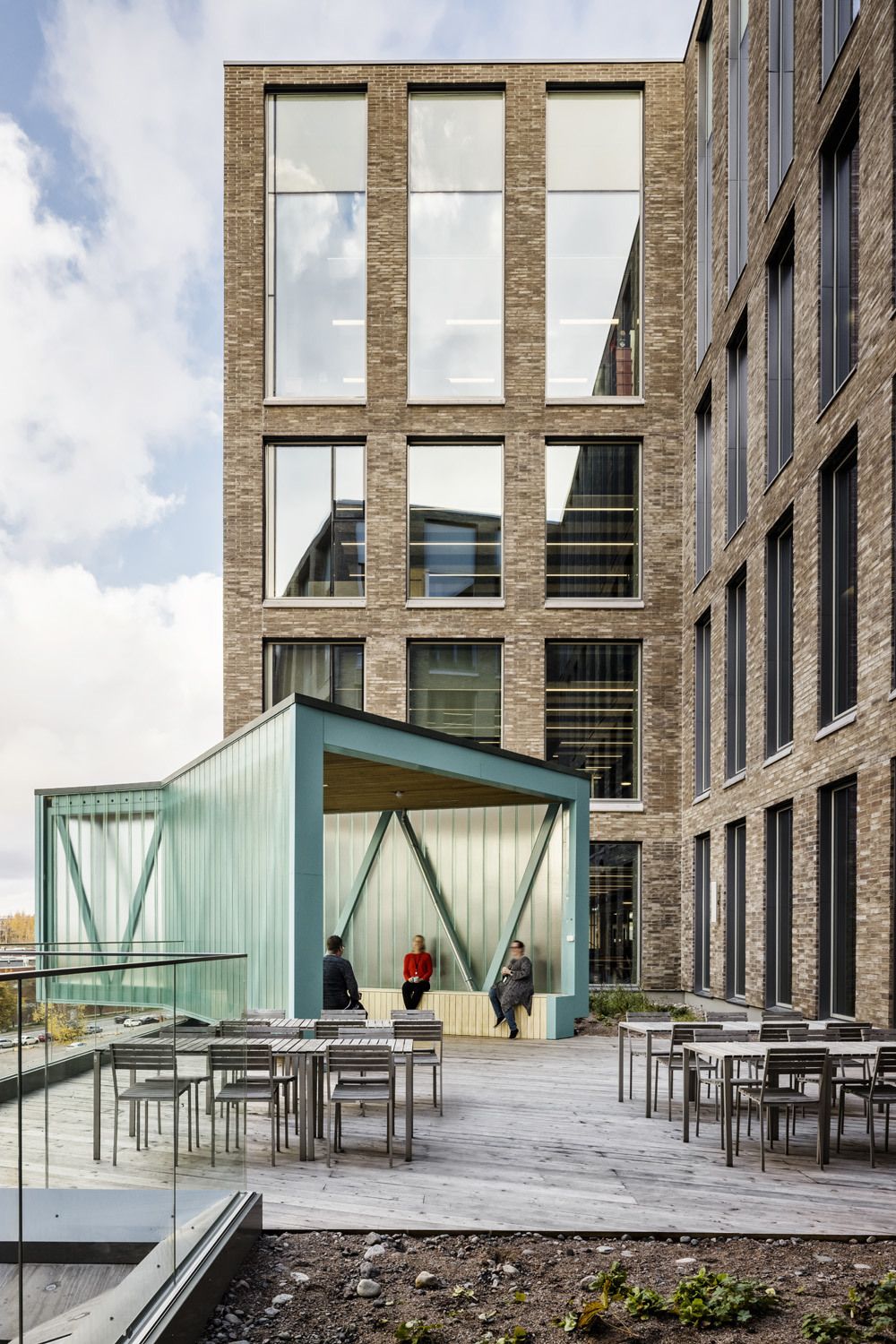 The rooftop terraces with distinct pavilions on them, which can be used for both relaxation and work, are a unique addition to the spaces and character of the building. 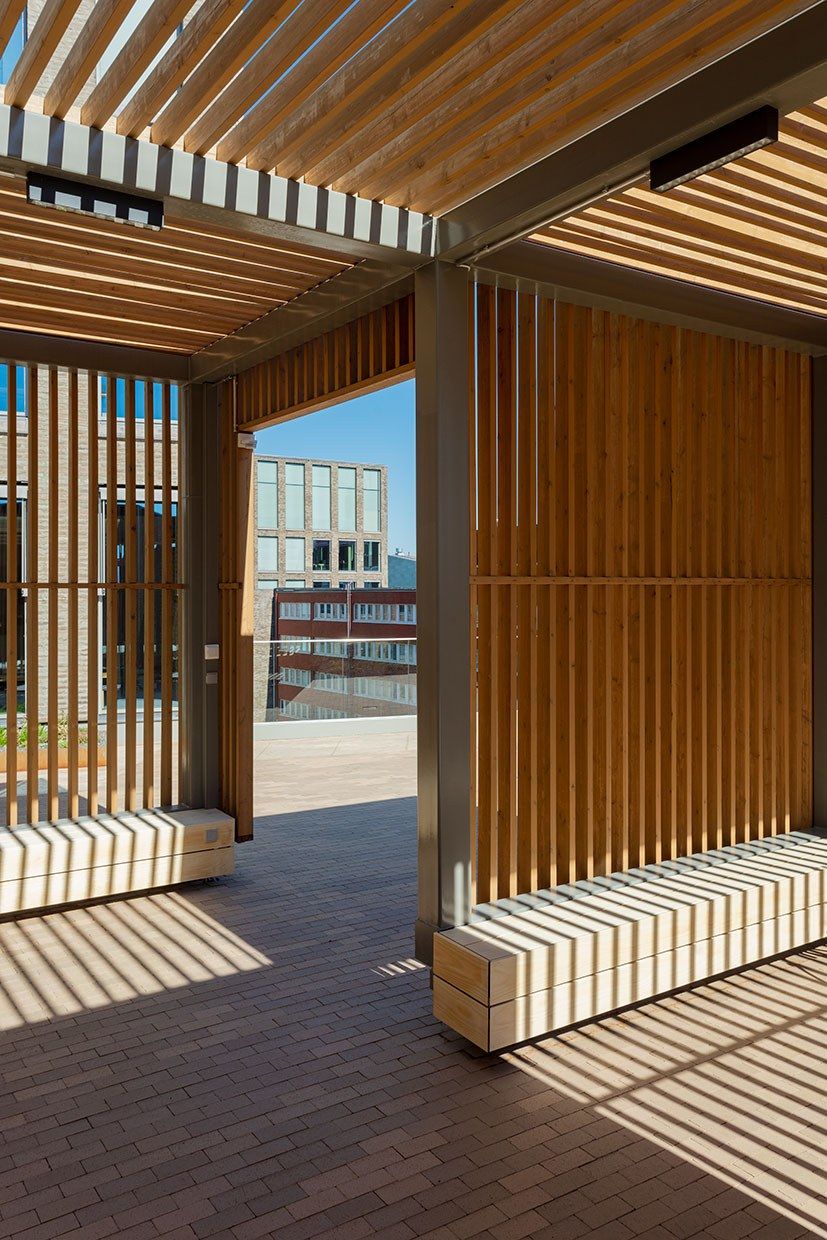 Each terrace is different, which is reflected in the vegetation and the shapes and materials of the pavilions. Inspired by gazebos, the pavilions were designed with an aim of applying the historical building type into an urban work environment. 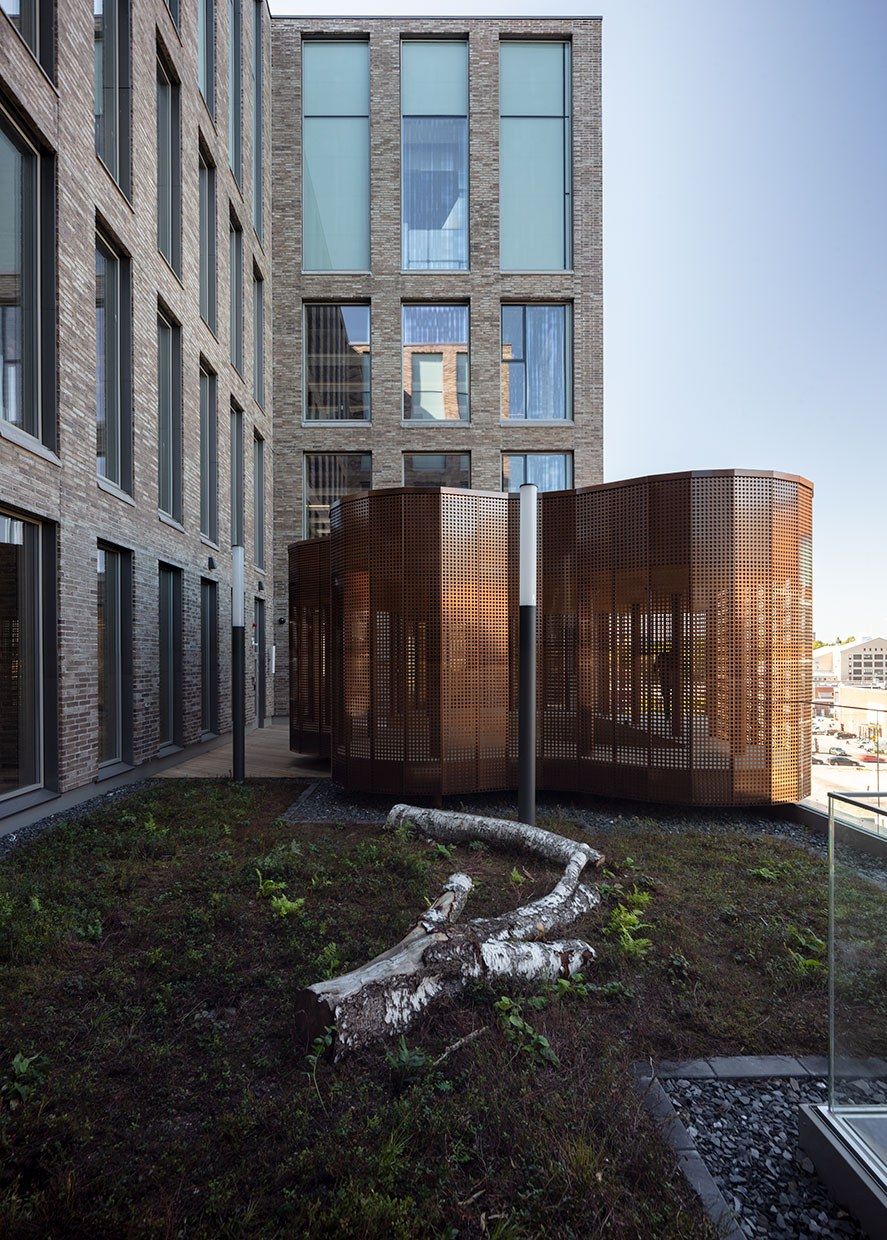