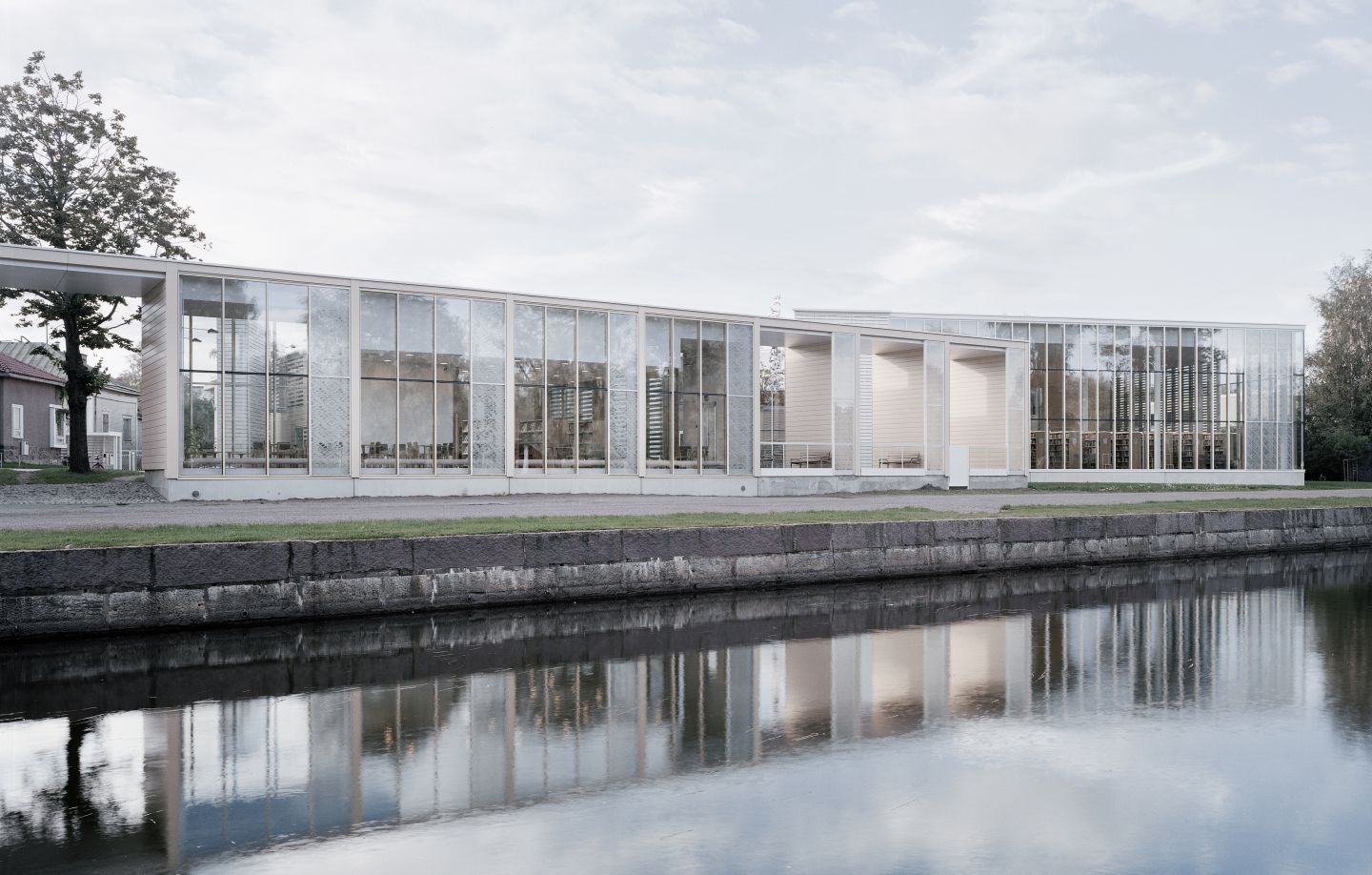 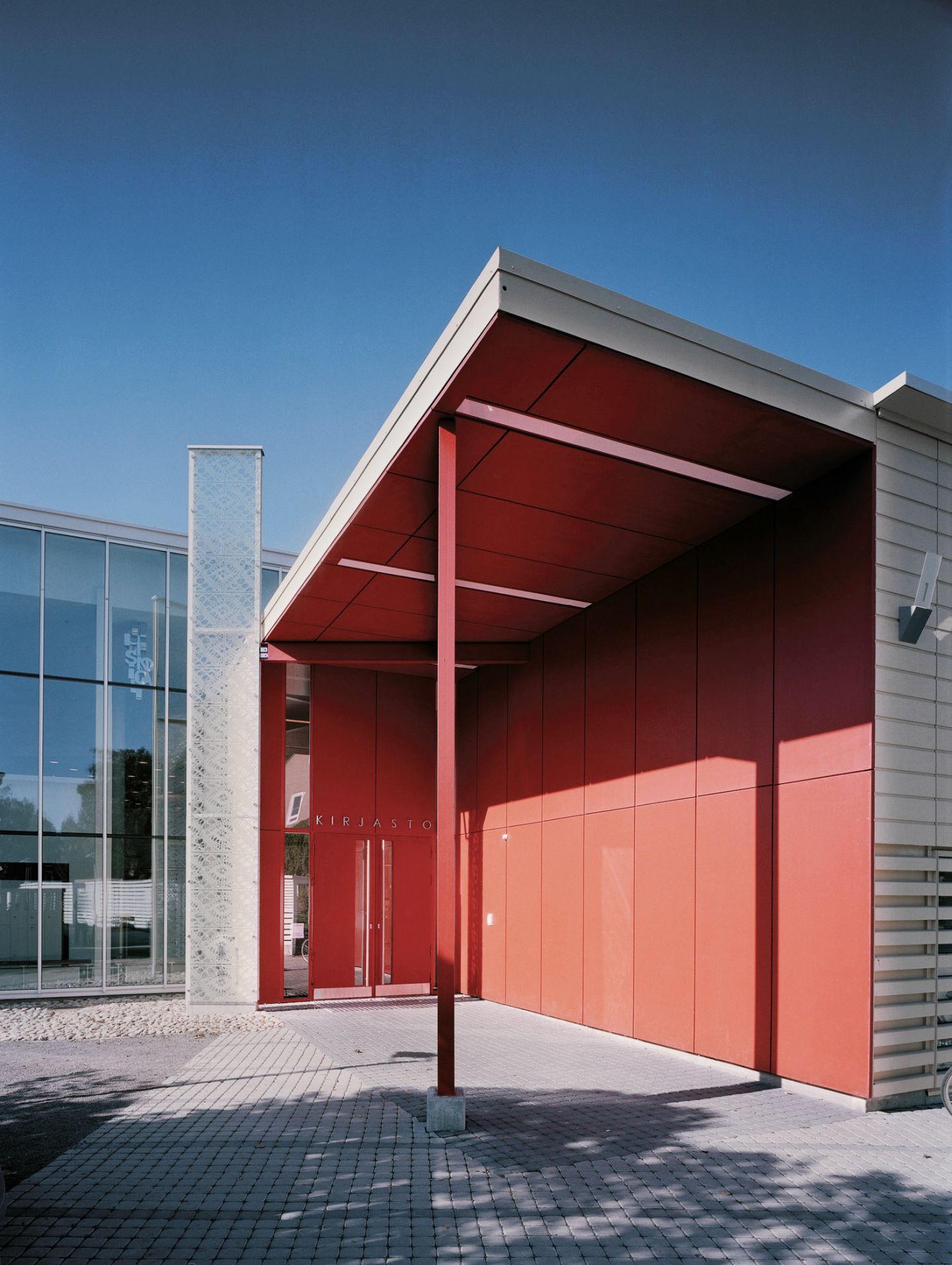 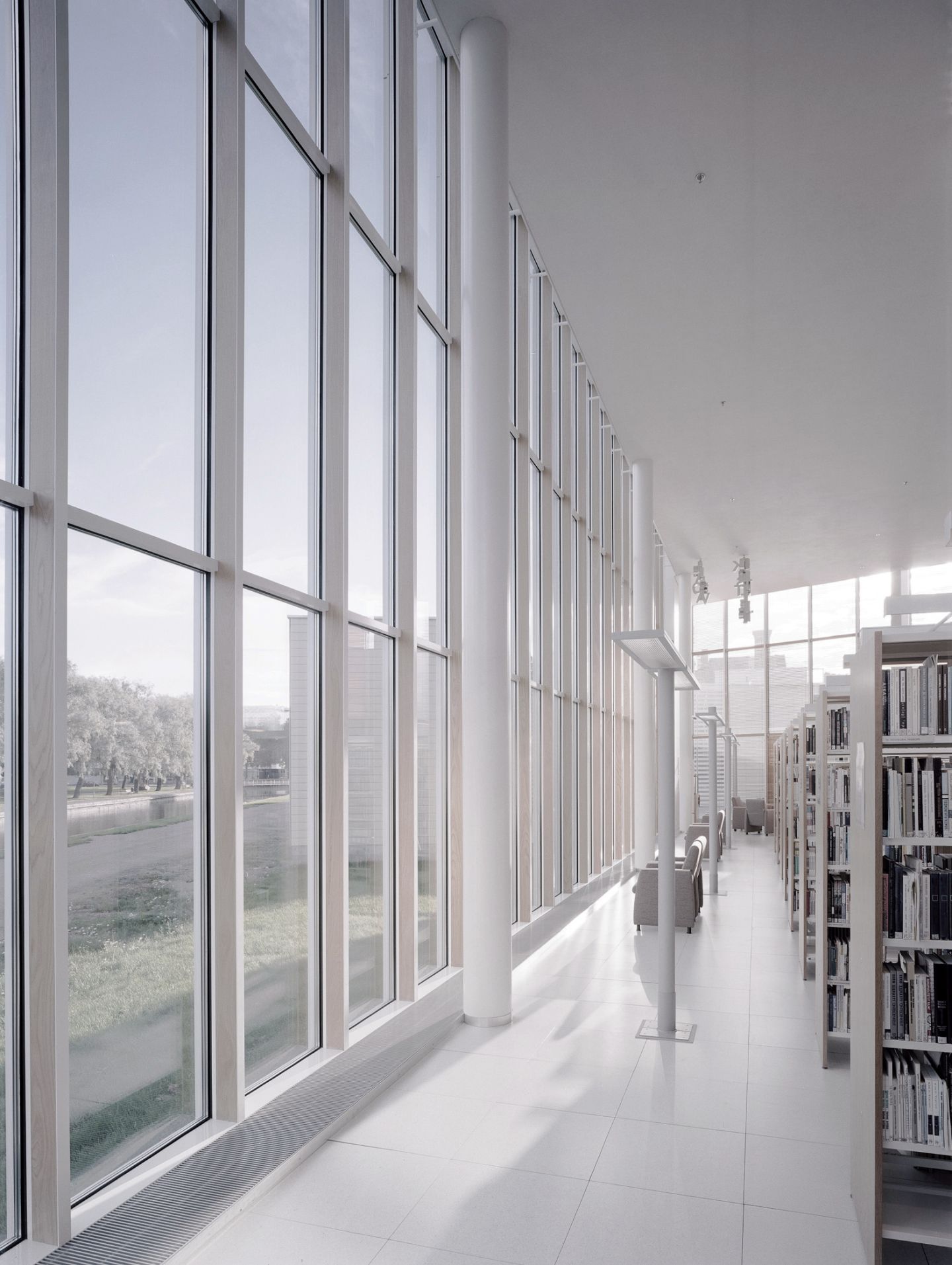 The transparency of the library building communicates the openness of its operation. Towards the canal the library forms sheltered courtyard spaces, which can be used for theatrical performances and other events. The character of the library is based on the timeless values of architecture, attention to site requirements, spatial variety, well-thought-out views and vivacious use of natural light as an element of the interior. 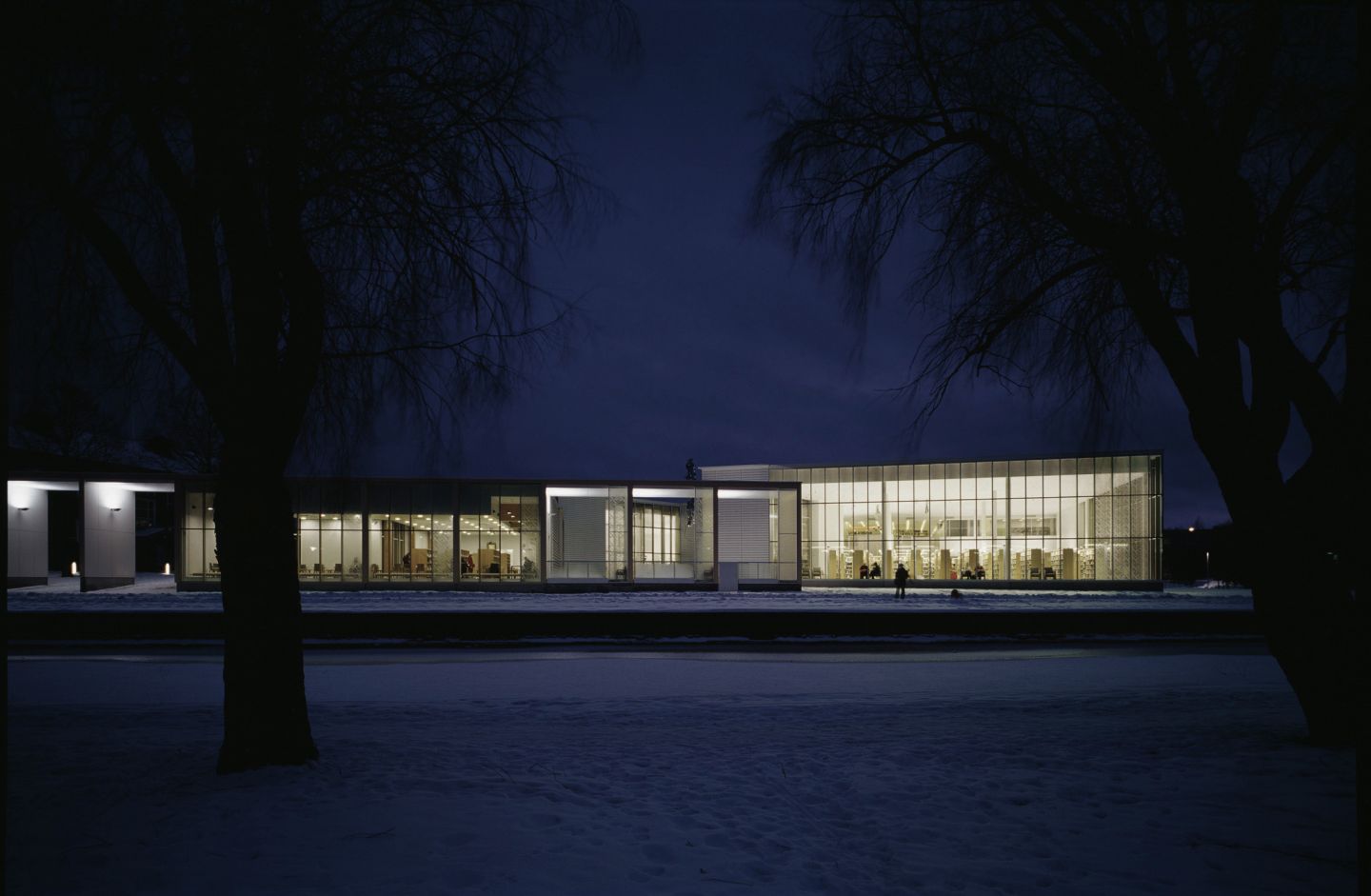