The original base of the project is a cylindrical chamber which houses the main functions of the museum. This circular plan is segmented by orthogonal lines that puncture through forming exhibition space, the auditorium and the functional core of the centre.

A later extension in 2005 doubled the facility's size, bringing research areas, a restaurant, more exhibition space and storage. Coupled with this, the exterior spaces were extended to include a large outdoor display area, which sits between the forest and the picturesque lakeside. 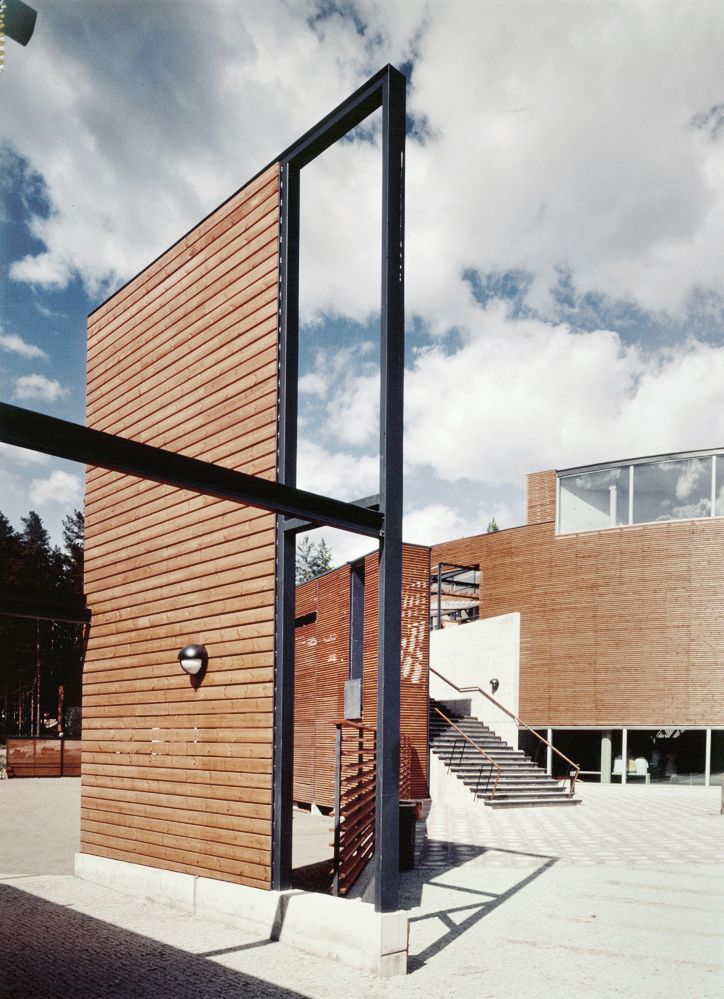 A natural fragrance of wood oils hovers around the wood screens, meant to evoke memories of the lifespan and uses of wood – shipbuilding, rope making or forest walks. 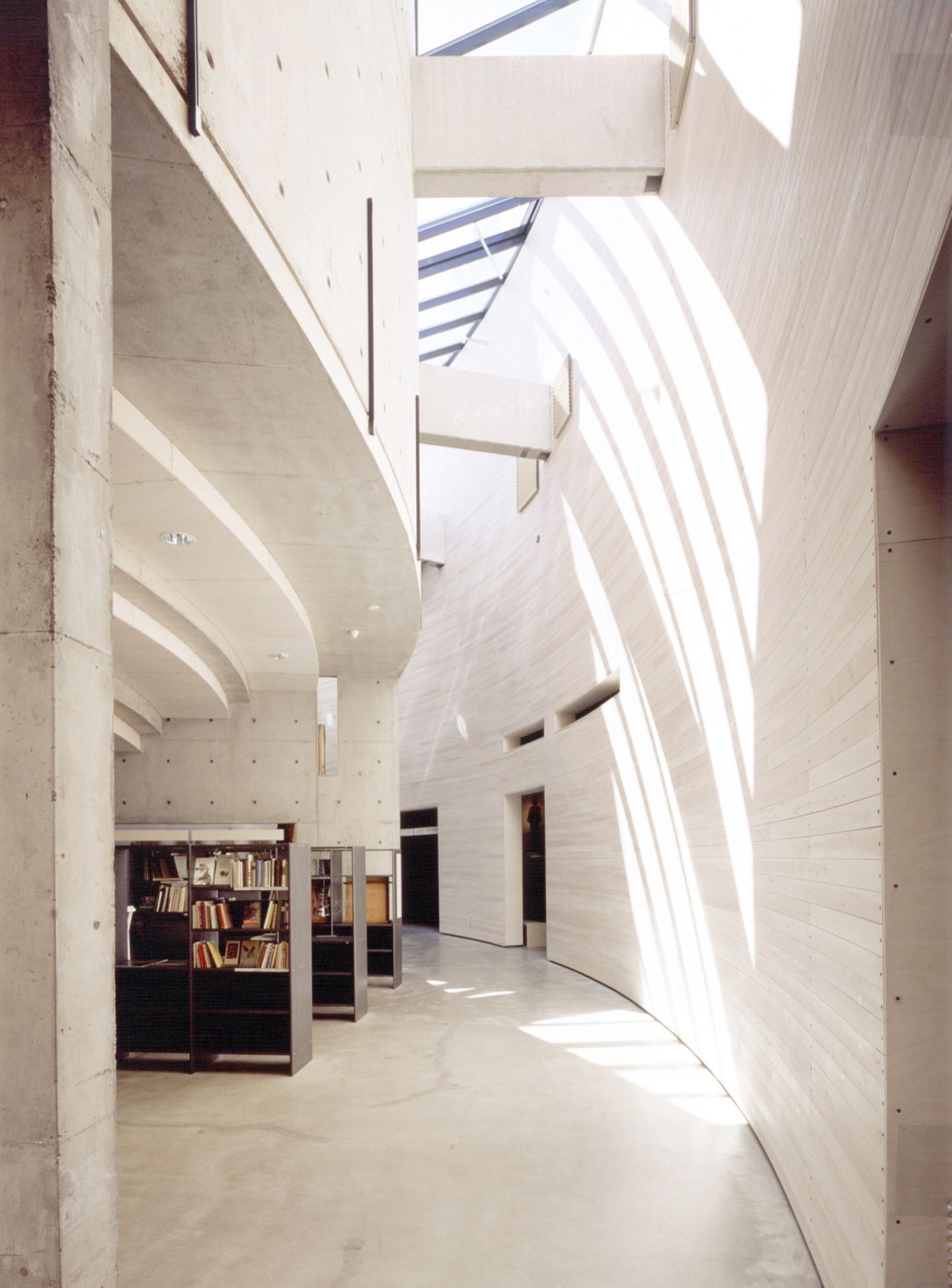 The structural base of the project is concrete, carefully formed in-situ to give a high quality finish on exposed heavier elements of the building. Externally, strips of tamarack, pine and birch slats or panels blend the building into its landscape both visually and experientially.

These wooden elements are carried by sleek, carefully detailed steel supporting structures; from the banister supports to the entrance canopy. At points, this steel frame is wrapped in hemp rope, whilst concrete walls are covered in birch tiles. Throughout the project the timber and concrete highlight each other as distinctly separate elements, aided by the steel which enforces the connection between both.