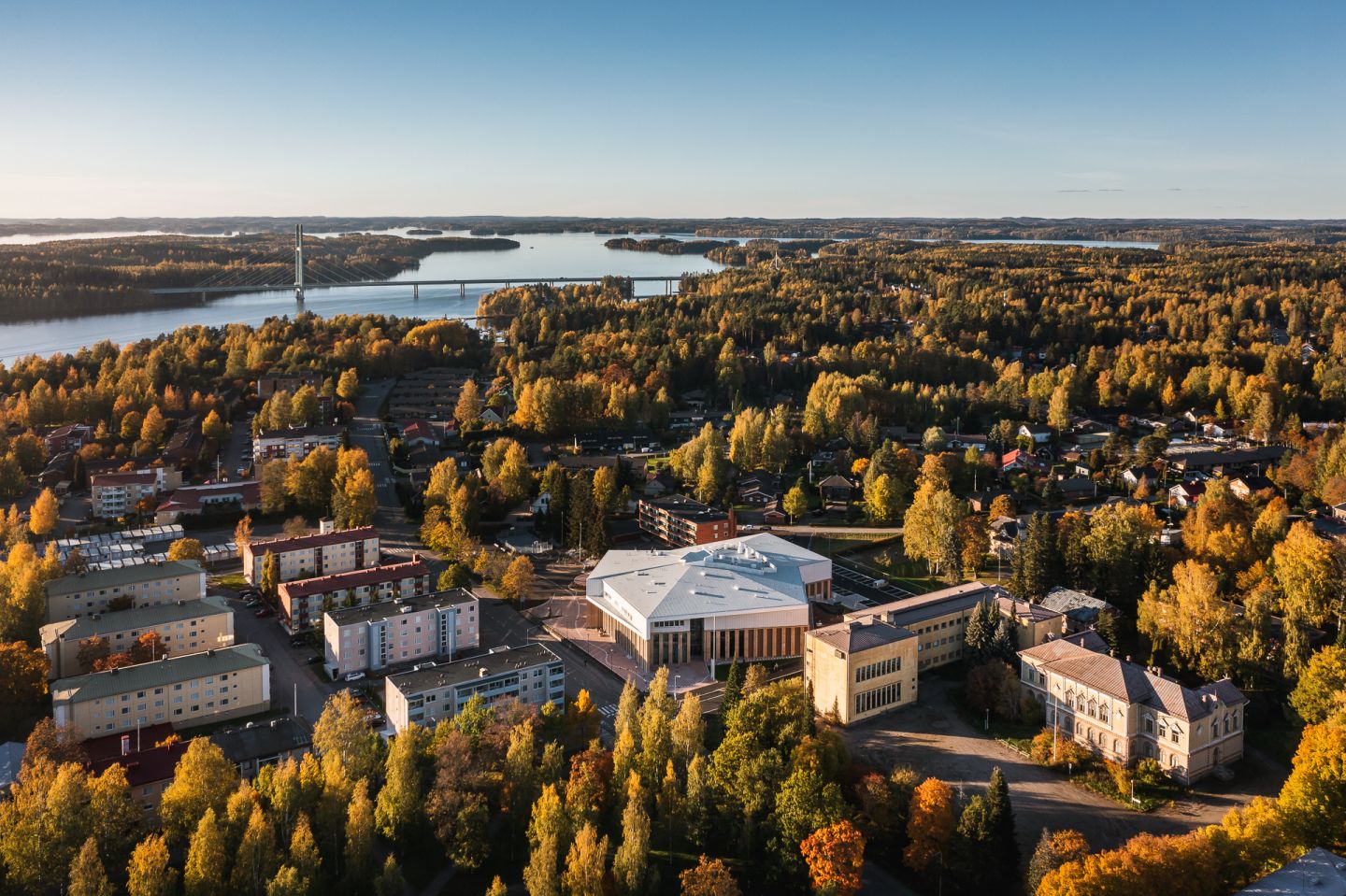 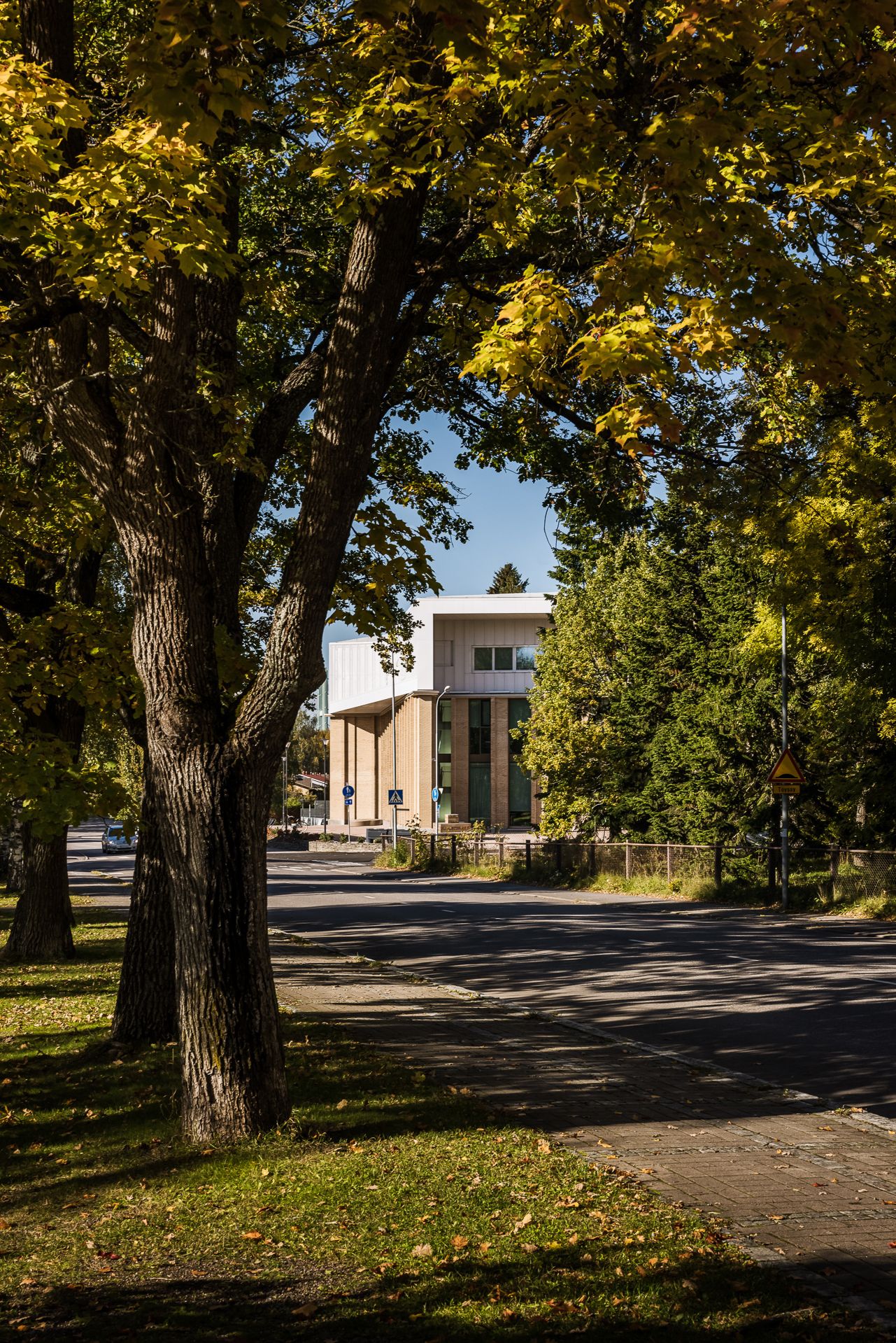 Heinola is a picturesque small town some 140 kilometres from Helsinki. The town has played an important role in the history of Finnish education, as an institution for the training of teachers was founded in Heinola as early as 1899. The institute has since been closed down, but history is still present in the Seminaari district, which has been designated a built cultural heritage site of national significance and is partly protected. 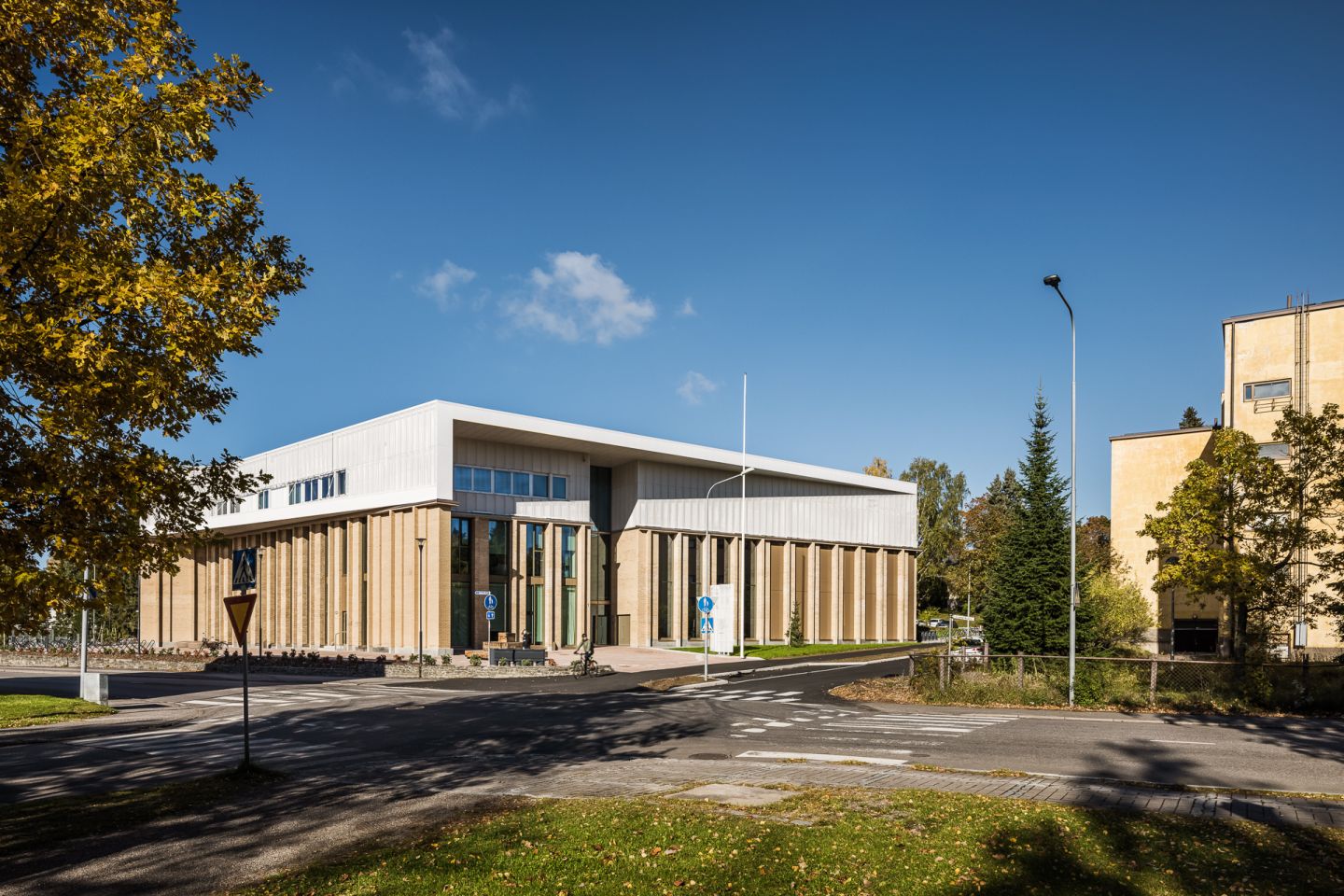 The Heinola Upper Secondary School is a public building in a broader sense than just a school, as it houses a number of activities important to the community in the centre of the small town. 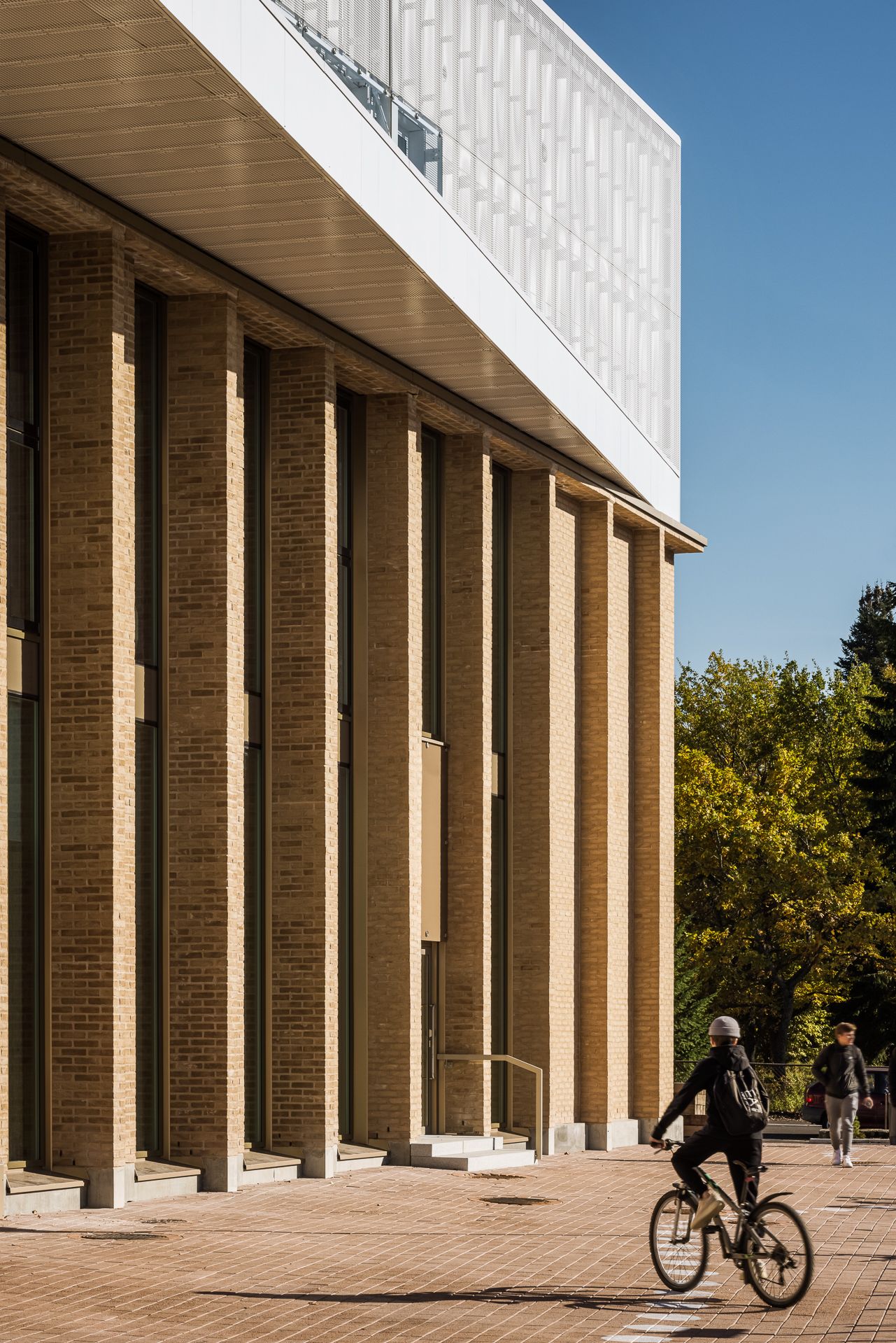 The facades of the building are divided horizontally into two parts, with brick pilasters and high glass surfaces alternating on the two lower floors, while the top floor is clad in perforated metal. This twofold look is inspired by the old educational buildings in the area, with a plastered brick ground floor and a wooden second floor. 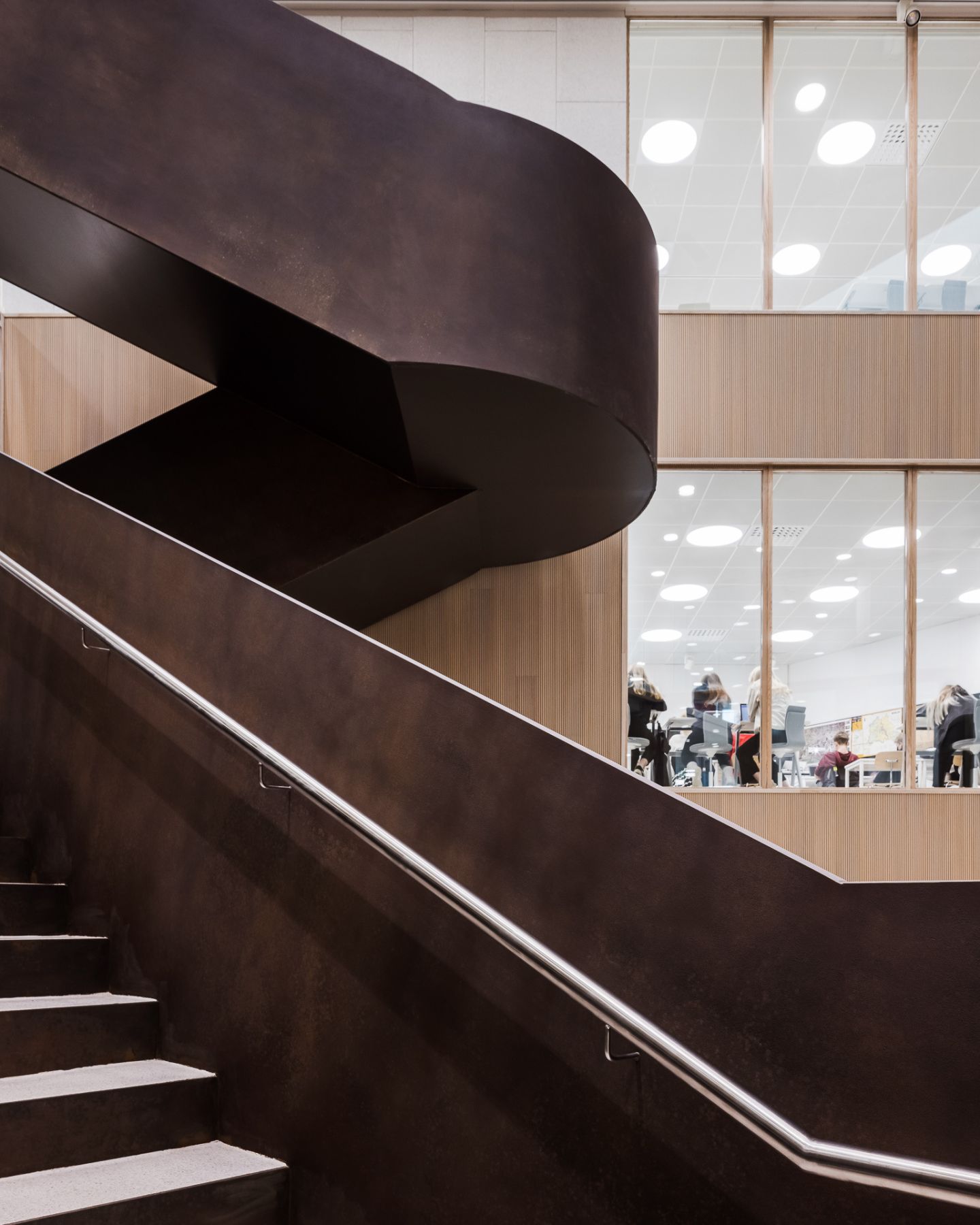 The architectural concept was inspired by the shape of the site and is based on the idea of the building as a warm campfire circle. In practice, this is reflected, for example, in the layout of the spaces around the central lobby. 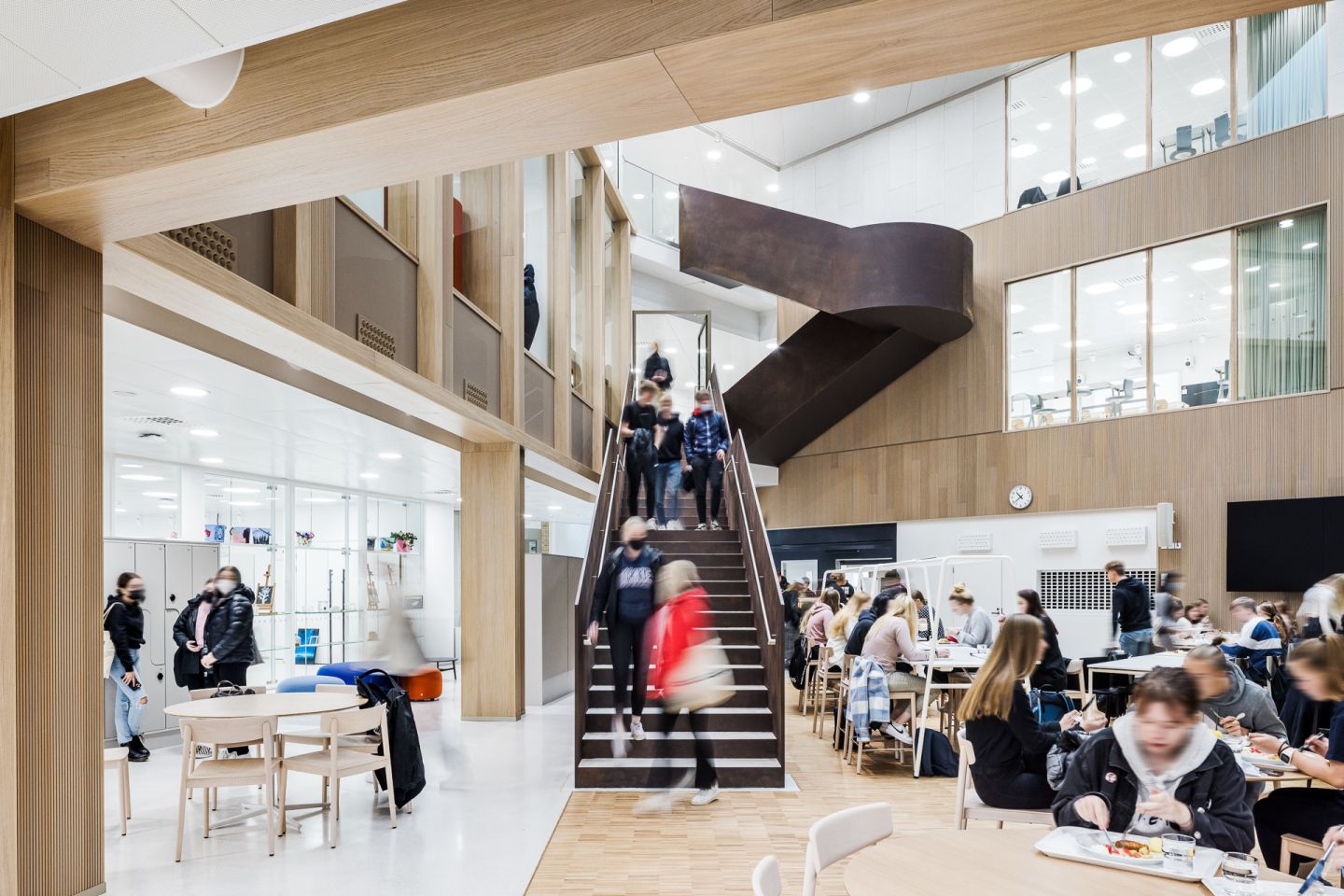 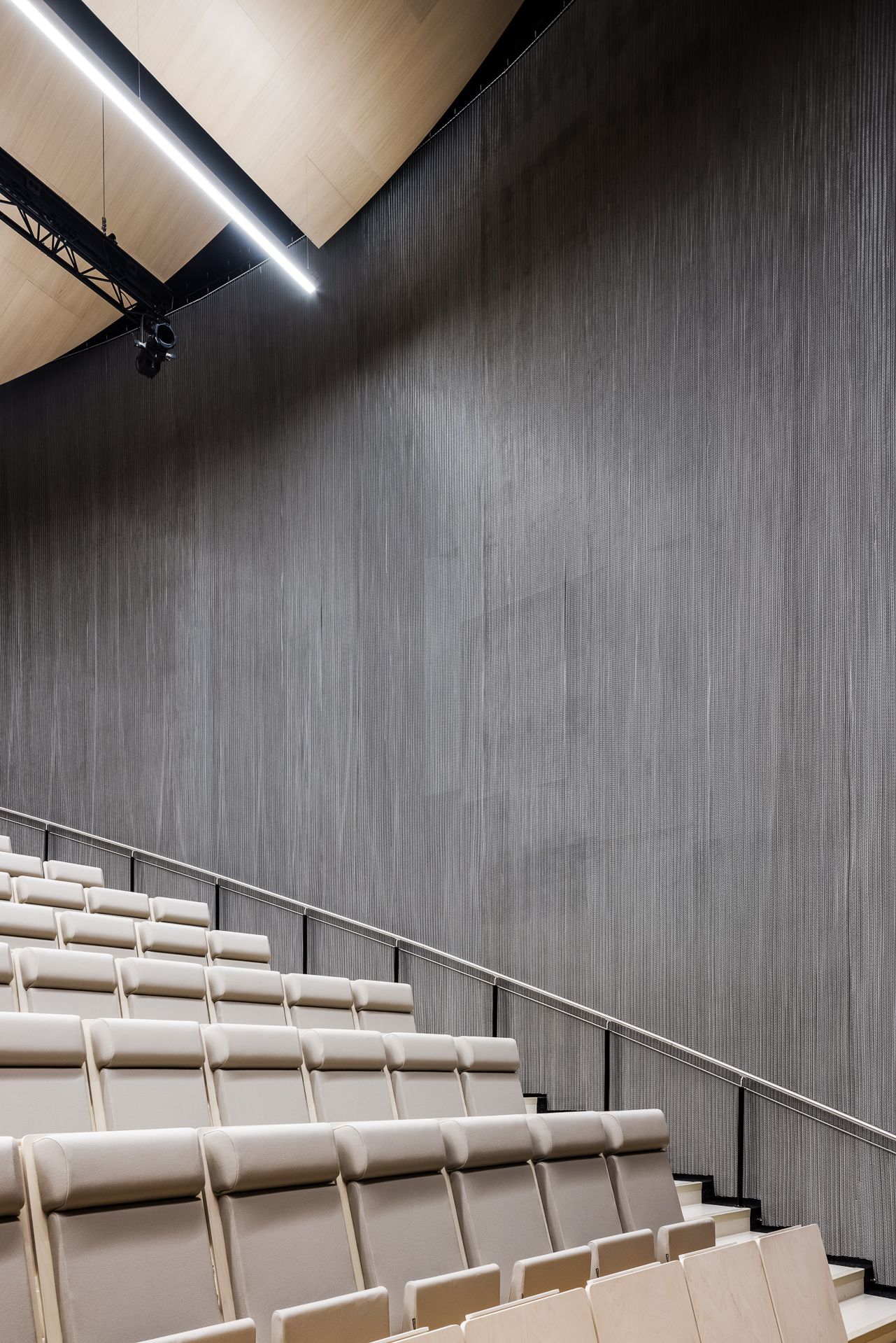 Particular attention was paid to the choice of materials for the auditorium, in order to achieve a high acoustic and visual quality. Thus, the multi-edged and adaptable acoustic surfaces of the walls were clad with a gauzy steel mesh, creating an oval shape and a calm atmosphere in the auditorium. 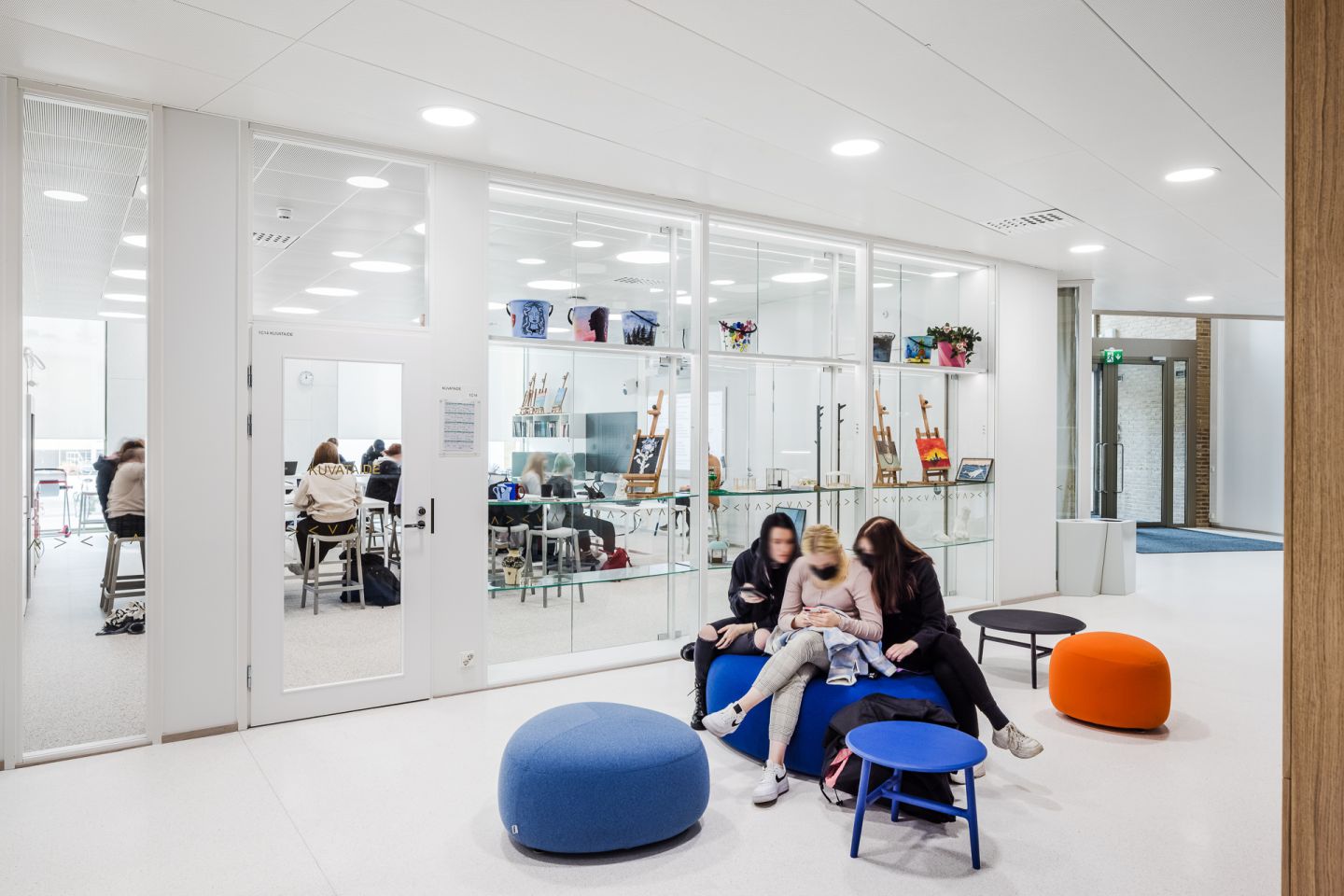 The different types of educational spaces form clusters of cellular units, each with a common learning area at its centre. Instead of large open spaces, the emphasis is on spaces of different shapes and sizes, which can be combined as required. Glass walls between classrooms and lobbies contribute to a sense of cohesion within the school. 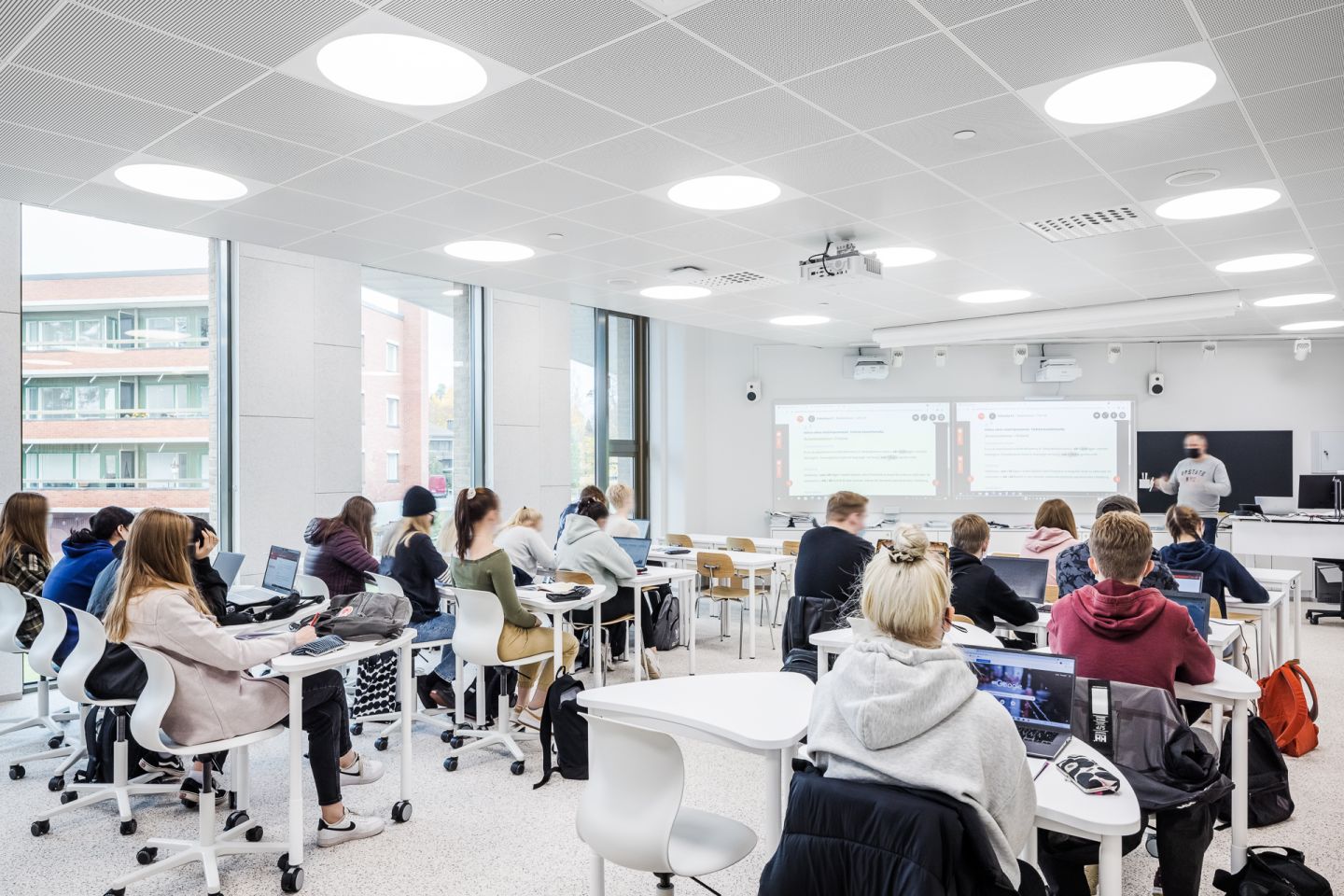 The school facilities are spread over three floors, which are divided into different use zones. Nearest to the busy central lobby are spaces for informal study and lounging, while further out are quieter spaces for more focused learning. 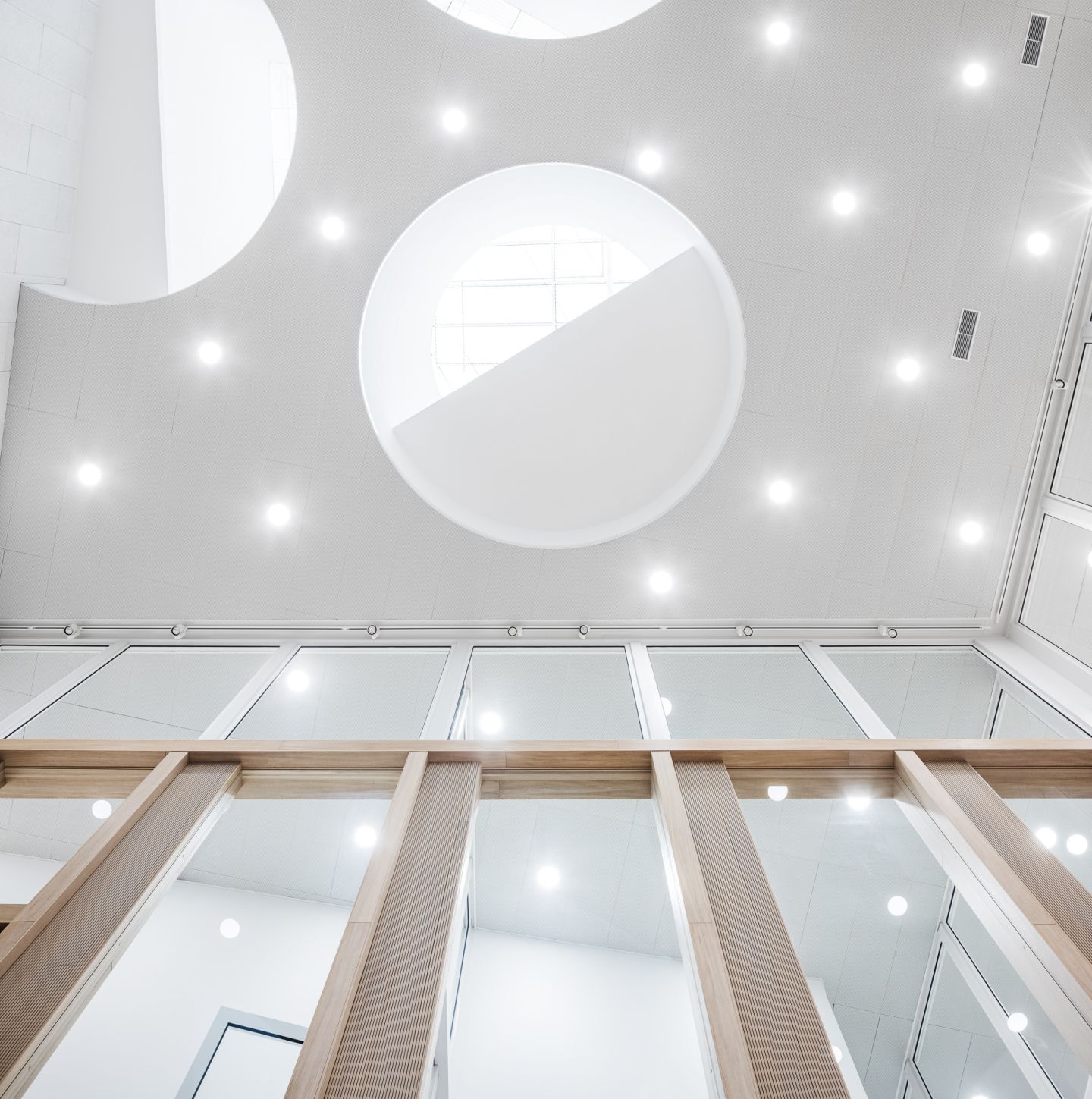 As a multi-purpose building, the Heinola Upper Secondary School's facilities are designed for all town residents. Visual arts and music rooms, the auditorium and the sports hall allow for a wide range of civic and cultural activities and events to take place outside school hours.