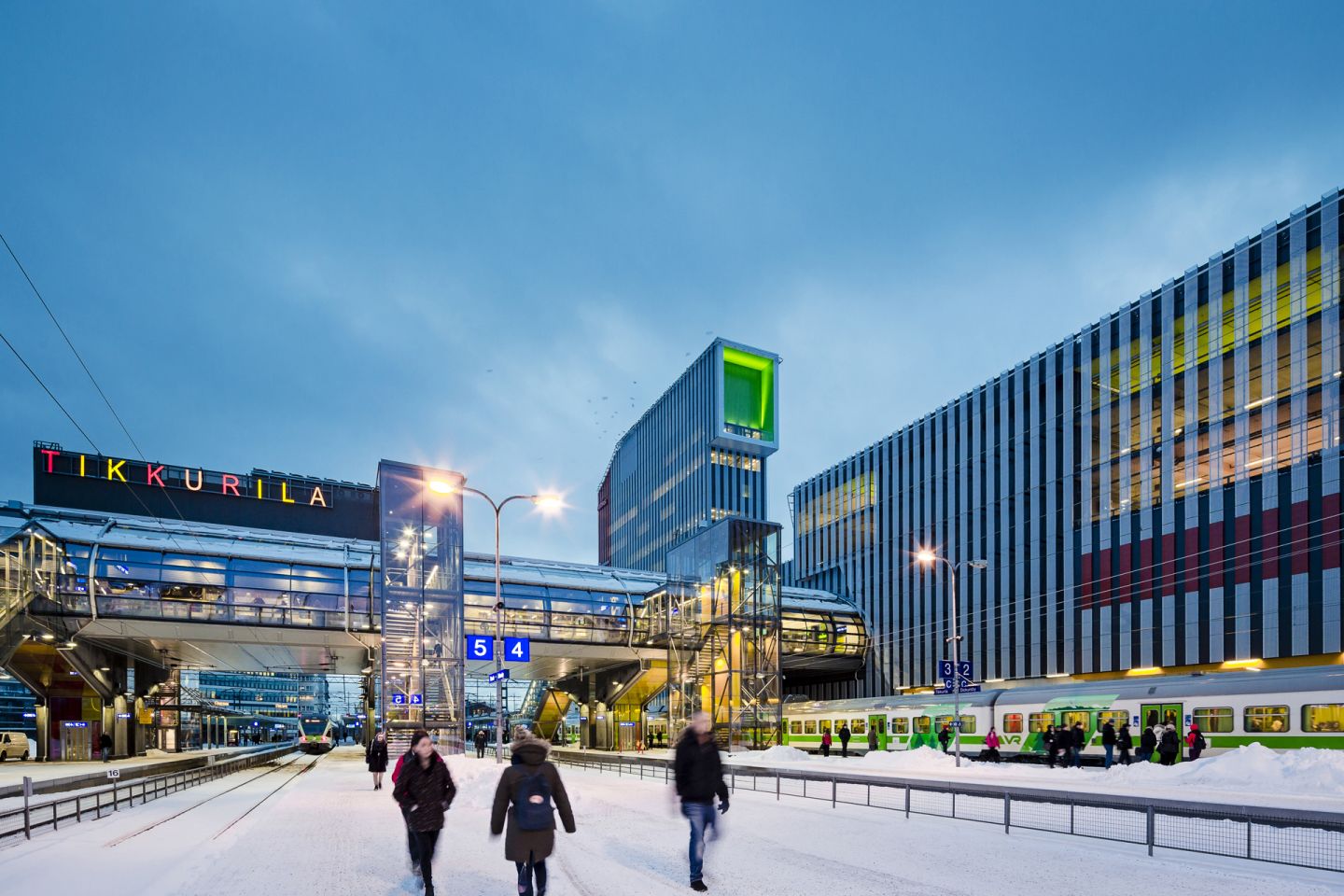 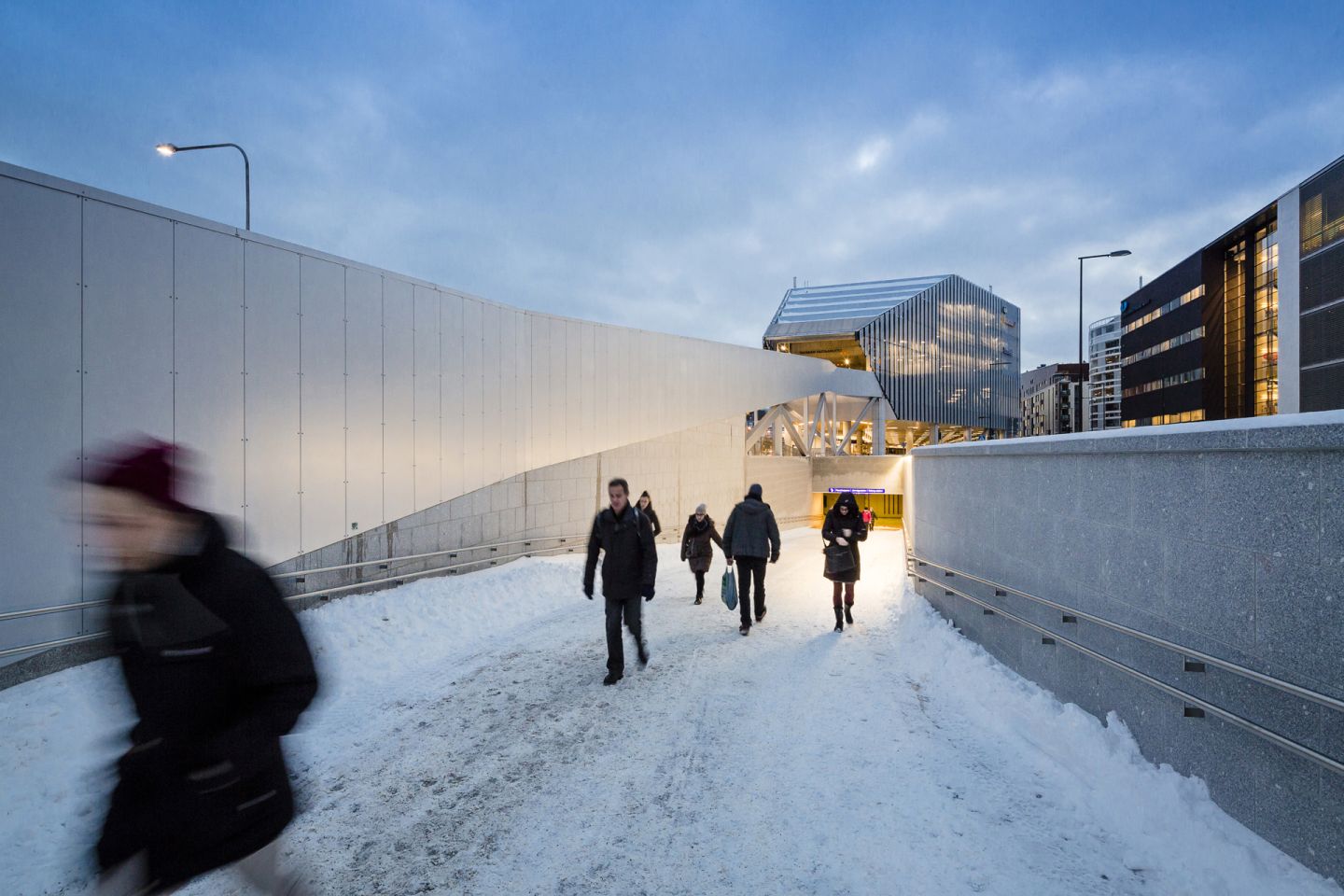 A multi-phase travel and commercial centre in Tikkurila, reconnecting one of Finland's biggest transport hubs. 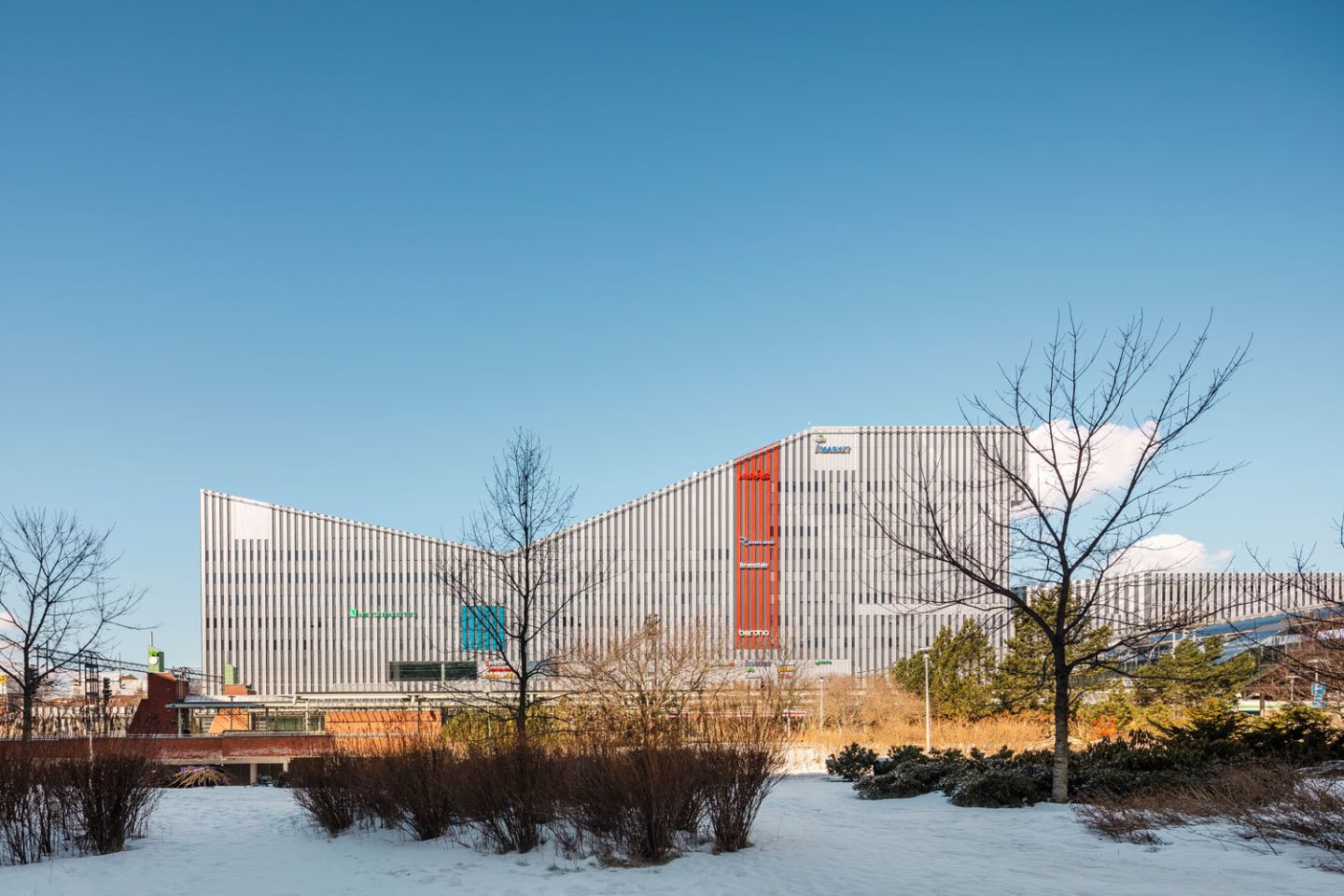 The Tikkurila travel and service centre is now among the three biggest stations of Finland. Added to this, the busy bus terminal serves passengers on the ground level of the project. Throughout the project the train station remained open. This was managed, in part, through phasing the project which in itself brought up new issues. The commercial aspects of the first phase are required to be in use while the second phase is under construction. 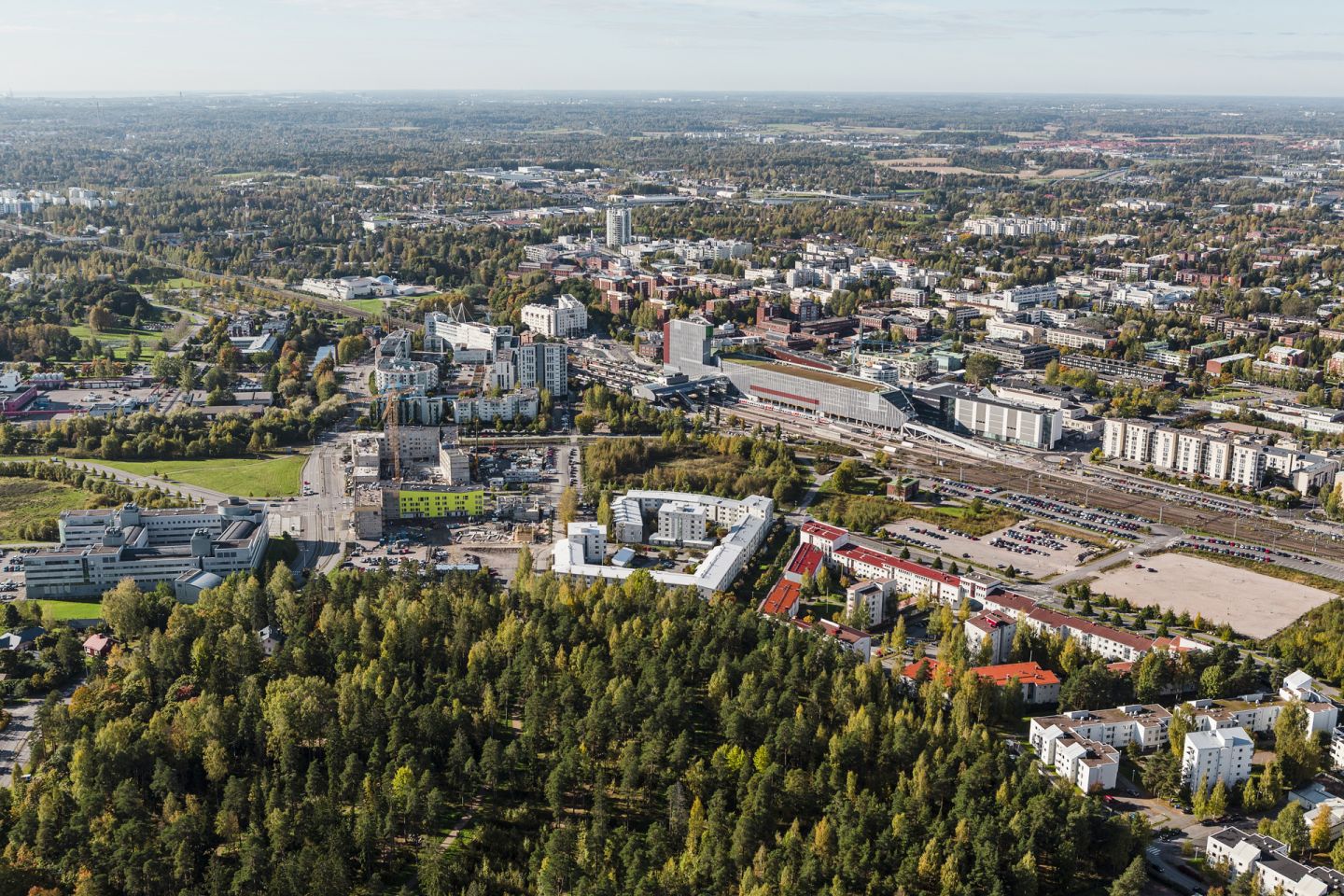 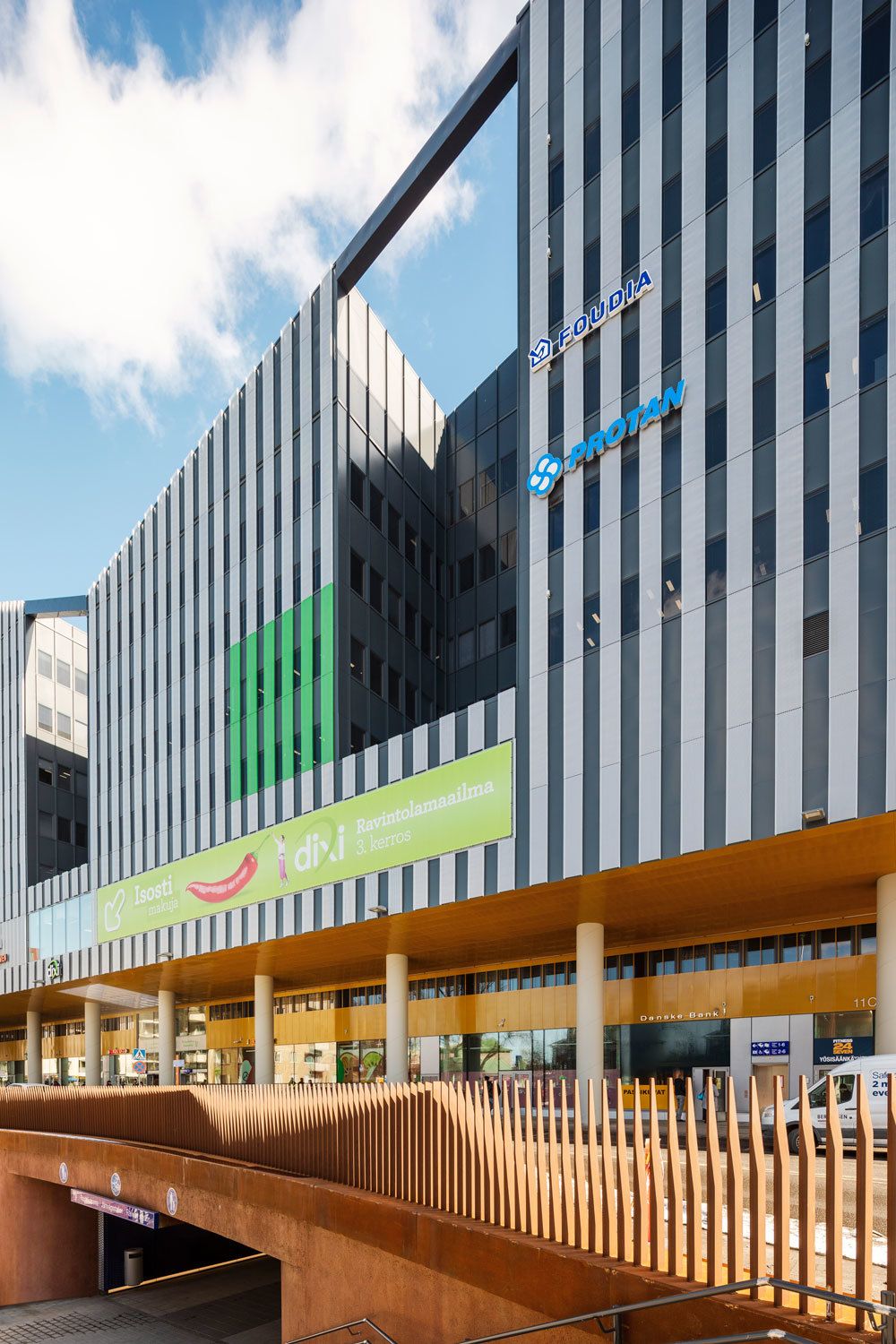 The several dense layers of the site enable buses, trains, cars and pedestrians to all occupy the same space. 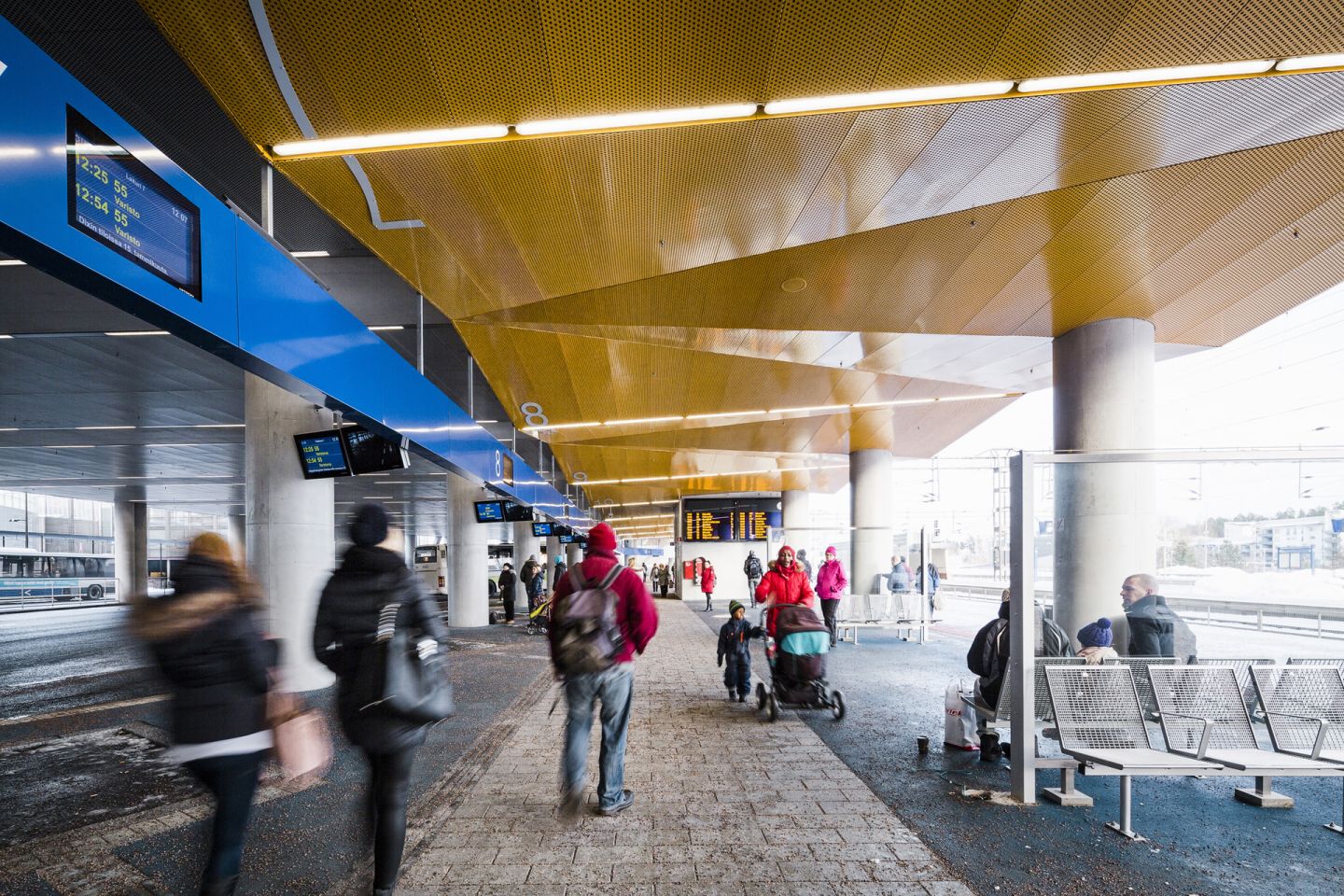 The main commercial centre houses the primary functions, and takes its place sandwiched between the railway lines and the road. The comings and goings are managed on the ground level and the pedestrian route is raised above this. The transport routes, which once separated both sides of the city, are now connected through the station bridge. 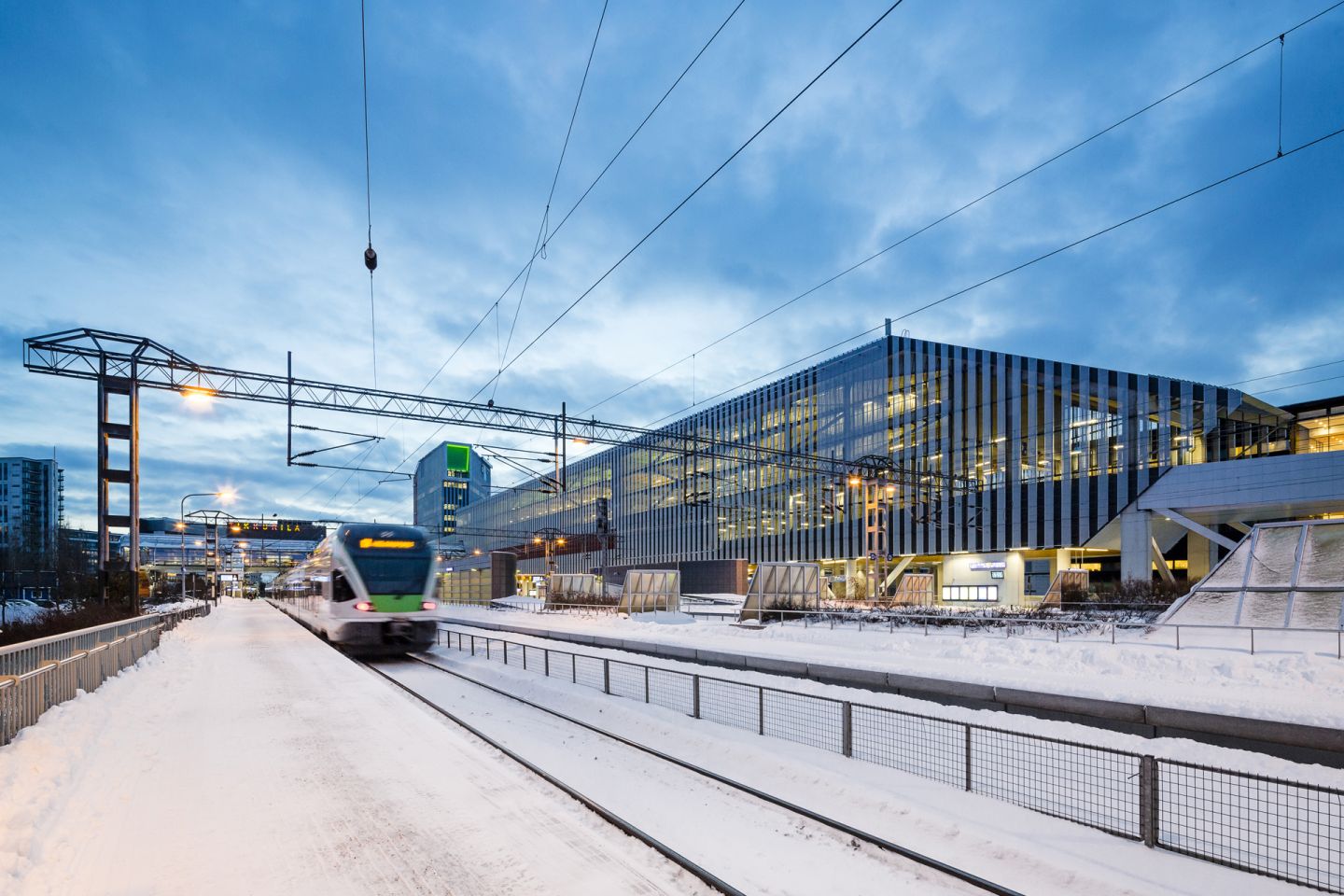