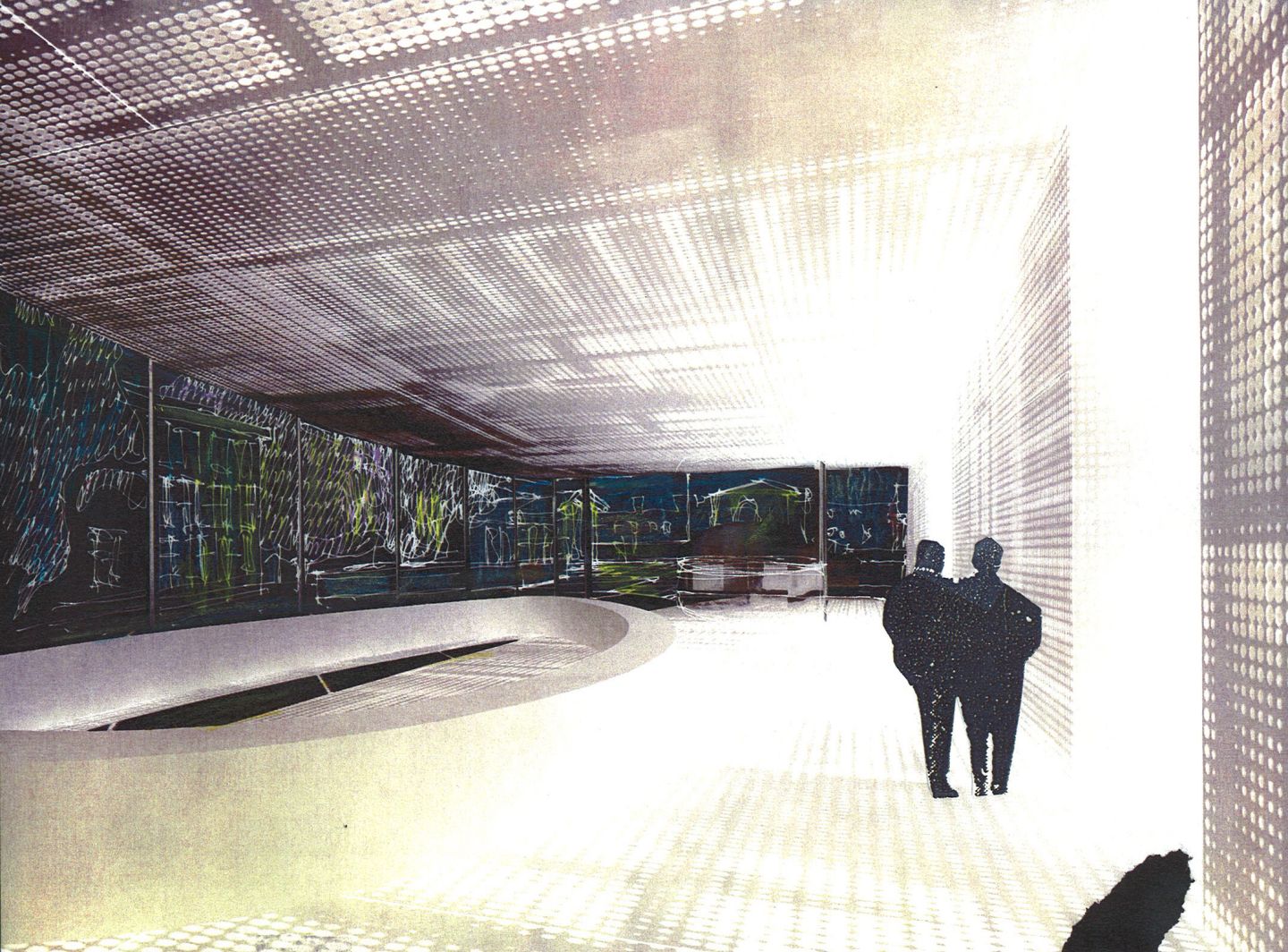 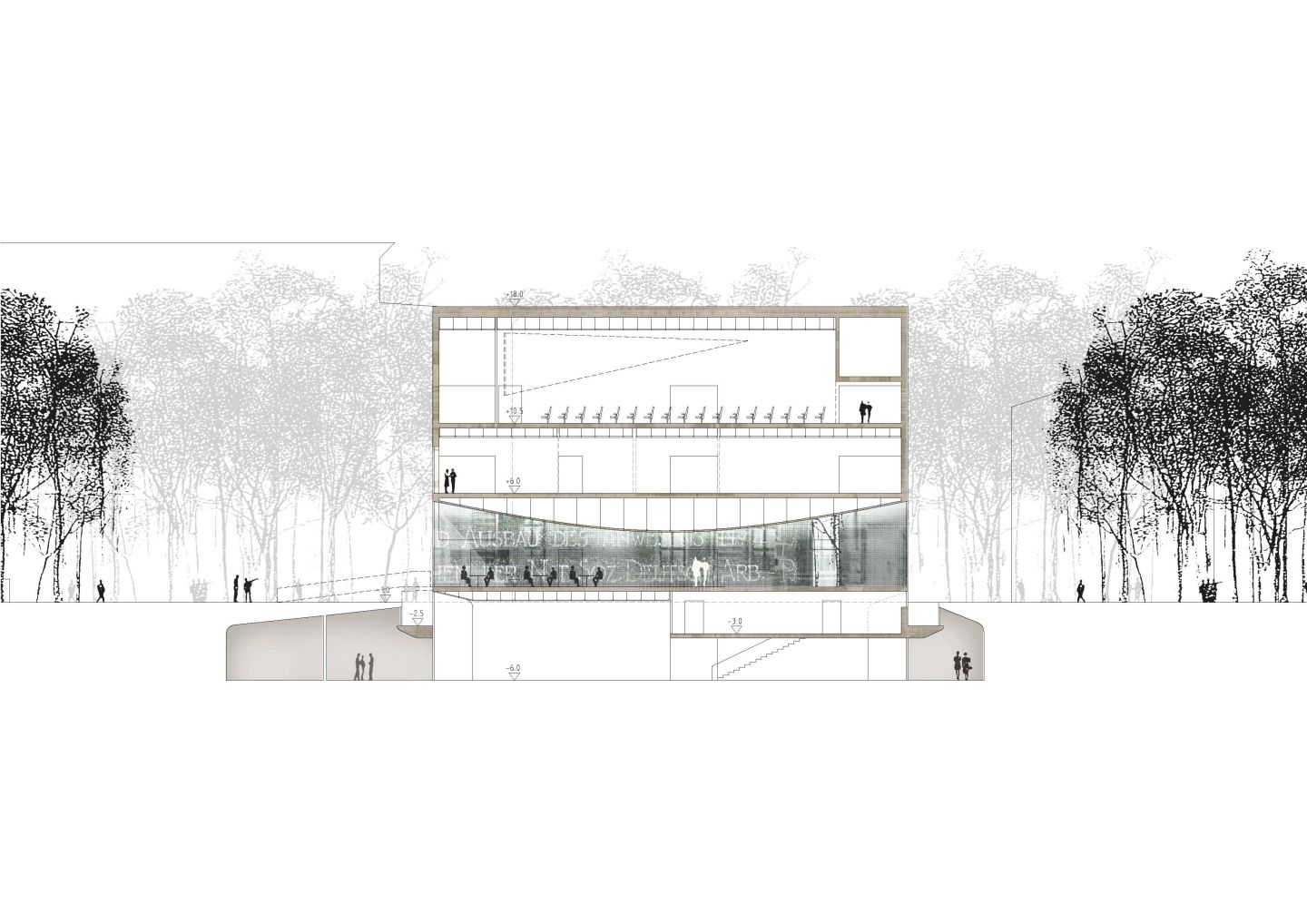 The exhibition rooms are arranged underground but are exposed to a diffused natural light indirectly, which comes from above. The spaces can however be enclosed, shut off from outside light, when required. Above this is a public foyer complete with cafeteria and bookshop. And, standing above all of this, are more public rooms which double up as lecture halls or exhibition spaces. The building is designed with the intention of optimising usability with the primary spaces being conceived to facilitate multiple uses and allow for flexibility. The central circulation allows this to happen, providing the possibility for the buildings multiple uses to happen around it. This way of layout out the building also manages to maximise the energy efficiency and minimise energy consumption. 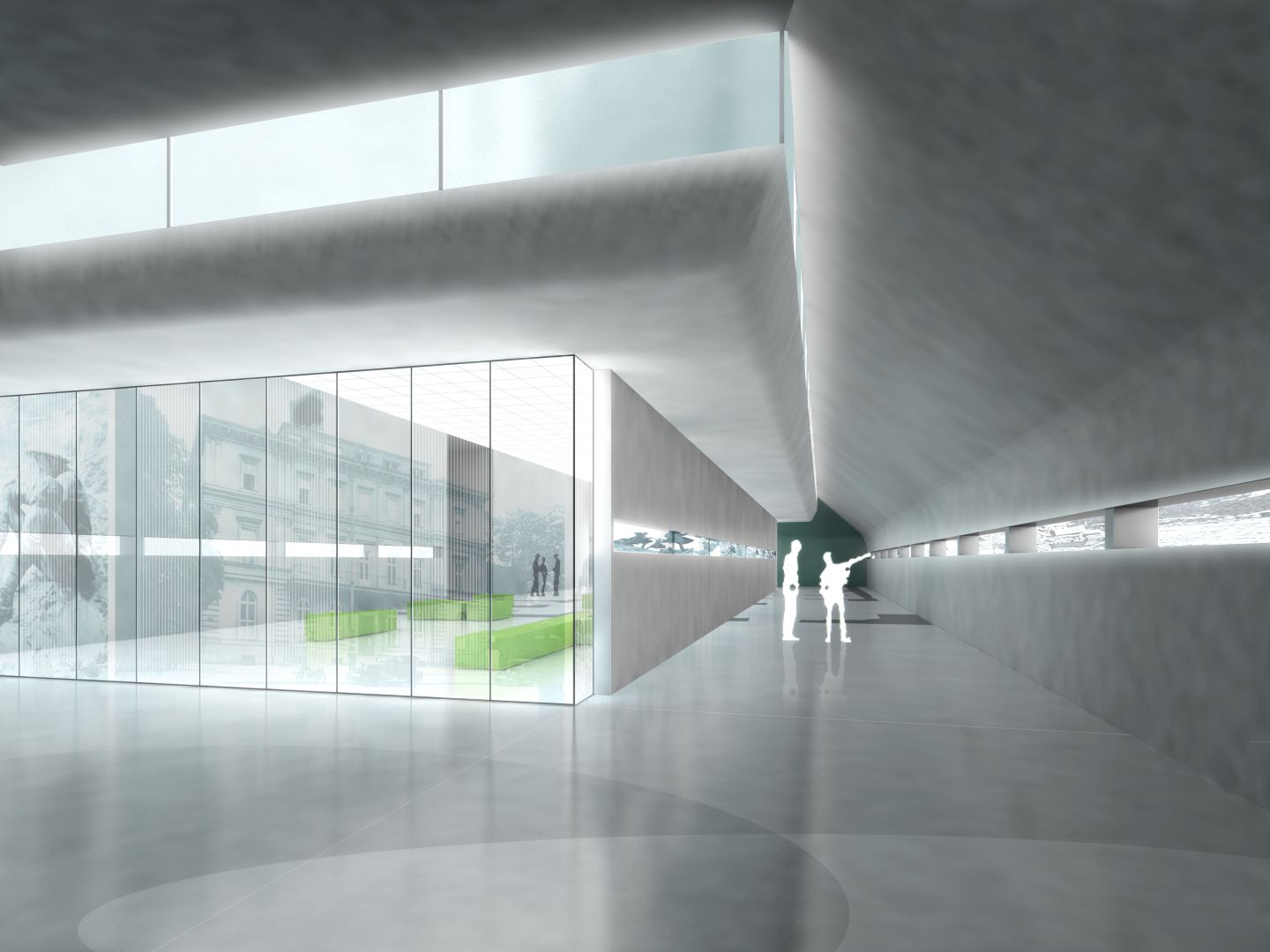 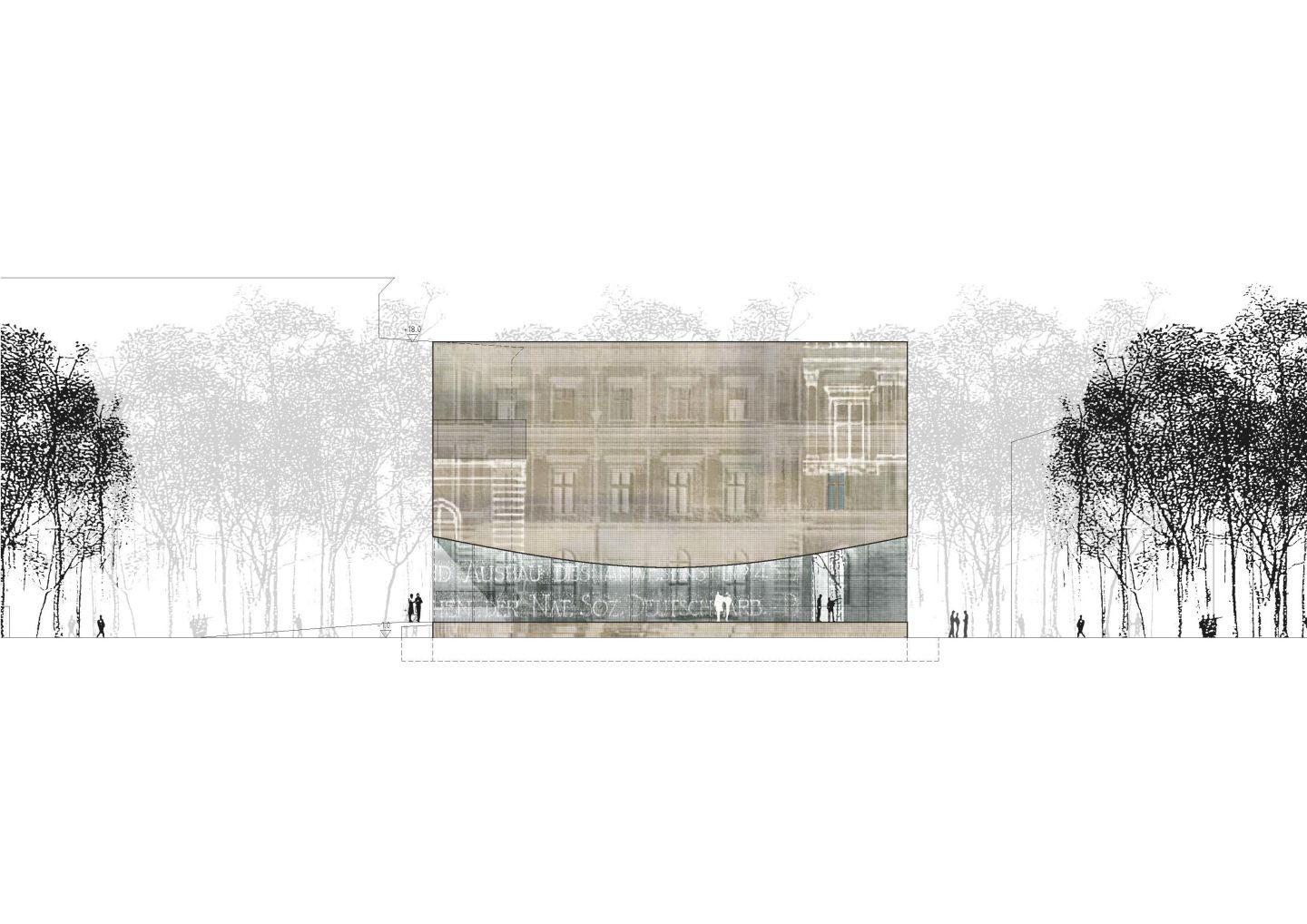 The building is enveloped in a micro-relief concrete surface, on which textures and patterns are applied. On the surface of this façade these patterns hint to the history of the Brown House; an imitation, distancing itself from the former building. 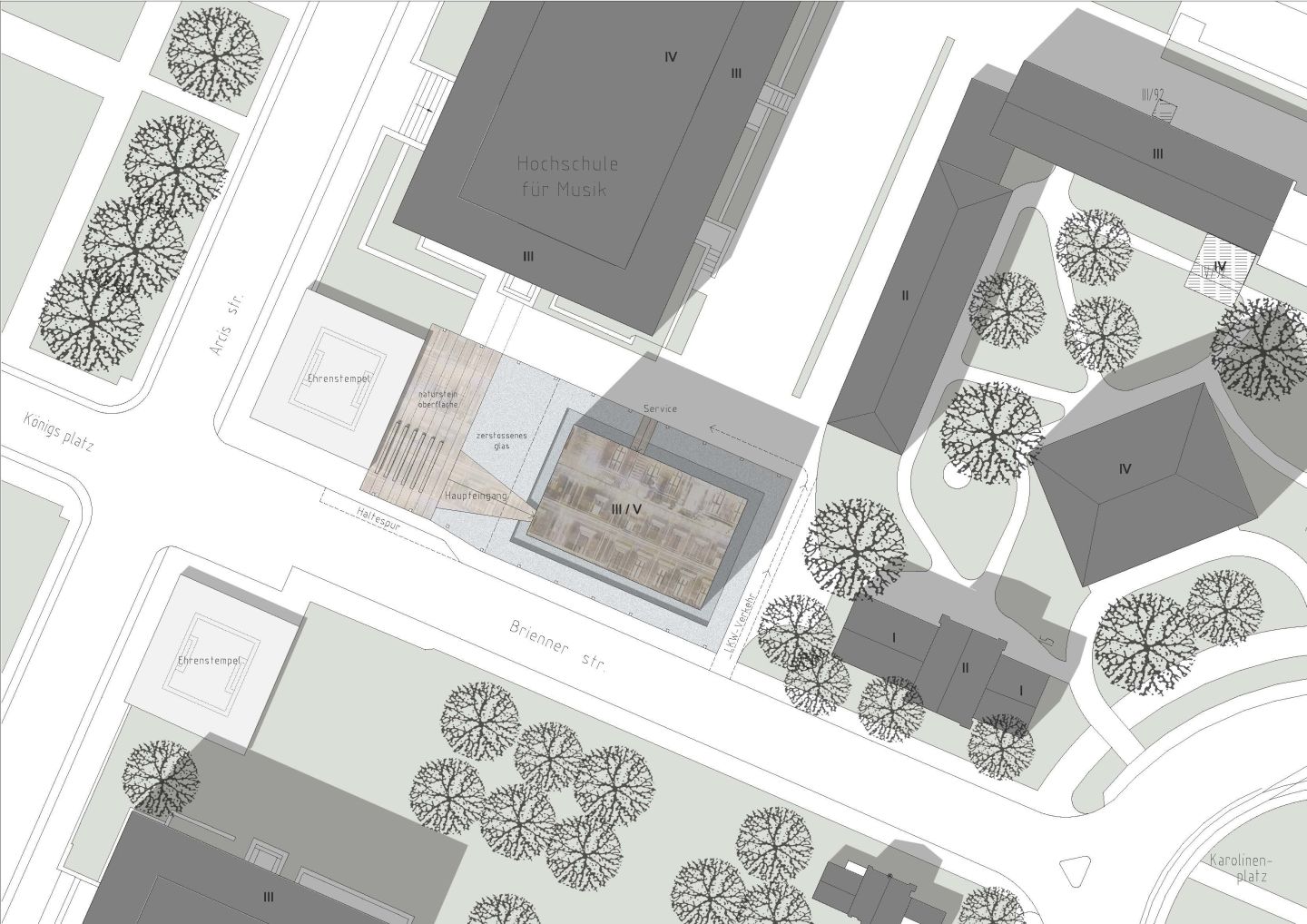