Helsinki-based Lahdelma & Mahlamäki Architects have been given the green light to begin construction on a new facility which will bring all the offices of the City’s urban environment divisions under one roof.

The new office complex will take a new approach to how Helsinki’s city planners, housing specialists and environmental designers tackle issues within the Finnish capital, replacing traditional work spaces with an activity-based work environment. The 41,000m2 new building will have its ground floor almost entirely open to the public, with customer service points, exhibition spaces and a restaurant. At the same time, the design of the rest of the building, primarily offices, puts a heavy emphasis on casual encounters between employees of different departments. Construction is due to begin in December 2017.

The new building for the City’s urban environment departments will be located in the Kalasatama area of Helsinki, bringing the various divisions together under one roof. The area itself is undergoing complete reconstruction and the Lahdelma & Mahlamäki design will sit at the heart of the new metropolitan area. Around 1,500 employees will move into the 41,000m2 of new offices which have been restructured to optimise both the working and social environment through creating an activity-based work environment. In practice this means making a switch to 1000 ‘hot-desks’, linking departments and activities around open communal spaces and interior 'streets', as well as placing green terraces throughout the building.

The ground floor of the new office hub will be largely open to the public, providing customer service facilities, exhibition spaces and a public restaurant. Along the façade of the building openings follow a strict grid but, where more public or social areas present themselves, the grid is broken by massive arches. By opening the building to the public the chance is given for them to feel more involved in the development of their city. To a certain extent, it breaks down barriers between the institution and the citizen.

“This new urban design hub gives another dimension of interaction between colleagues within these City departments,” tells Ilmari Lahdelma, co-founder of Lahdelma & Mahlamäki Architects. “By basing work activities around open communal spaces, between departments, we’re pushing towards a more open system of city management where communicating across departments is a natural process.”

In typical Finnish tradition, high-level sustainability comes as standard. Solar panels and a lush green roof will top the building, whilst employees are encouraged to use public transport and bikes; over 500 cycle spaces are provided within the building. This follows a push by the City to move towards a more bicycle oriented transport system.

Lahdelma & Mahlamäki Architects integrate innovative digital technologies into the design process of all their projects. The new hub for the City is no different. Multi-disciplinary BIM models and virtual reality workshops – which have involved many of the design and planning partners – were used heavily throughout the process so far, and will continue to be vital during the construction phase.

Find out more about the project here. 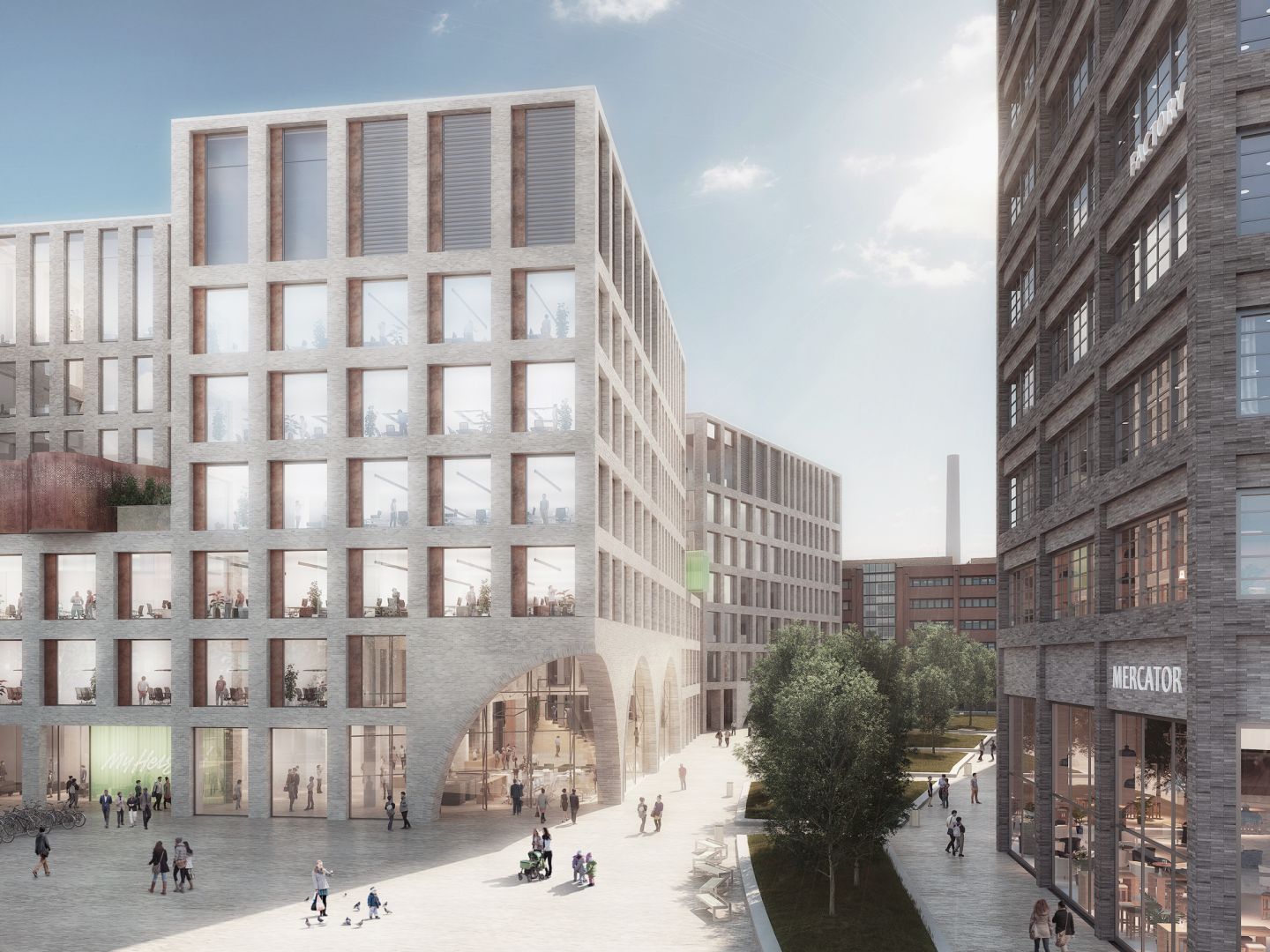