Rainer Mahlamäki, co-founder of Lahdelma & Mahlamäki Architects, is to be honoured at the Inna Rogatchi ‘Shining Souls. Champions of Humanity’ exhibition in Helsinki. The display of art works, a collection of 34 unique pieces, is dedicated to the International Holocaust Remembrance day. Among the four new pieces of the Helsinki Edition 2018 of the collection is the title art work 'The Light of the Way' dedicated to Rainer. The Rogatchi Foundation will also be awarding Rainer with their Humanist of the Year 2017 Award before the opening ceremony.

Rainer is the only Finn among the people from 18 countries featured as the protagonists in the exhibition. He is also the only architect among the writers, artists, musicians, film directors, scientists, diplomats, judges, public figures, clergy, doctors and military personnel presented at the exhibition. Rainer will be Guest of Honour at the Opening Ceremony and will be speaking alongside MP Sari Essayah and Dr. Inna Rogatchi.

His approach to memorial architecture, particularly in relation to memorialising the events of the Holocaust has put him on the Rogatchi Foundation’s list of ‘Champions of Humanity’, and is one of only five living personalities to be honoured through the exhibition.

Lahdelma & Mahlamäki Architects have had a string of international memorial projects. The Lost Shtetl, an ongoing project in Lithuania remembers the Jewish communities of the Seduva which were devastated by the Holocaust. Their design for the UK Holocaust Memorial focused on the persecution and systematic mass murder of not just Jews but also minorities during the Second World War. The design is part memorial, part learning centre. The Museum for the Defense and Siege of Leningrad was the only international finalist in the competition, and won the popular vote, for a museum and memorial in St. Petersburg; a modest and elegant proposal which highlights both fragility and hope. Most notably is POLIN, the Museum for the History of Polish Jews, in Warsaw which focuses on the entire history of Polish Jews, but carefully portraying such horrors as the Holocaust and the Ghetto Uprising.

The exhibition will be on display at the Library of the Parliament, Helsinki, from January 22nd until February 3rd 2018.

For more information on the great work of the Rogatchi Foundation, their award programme and the exhibition, visit the website here. 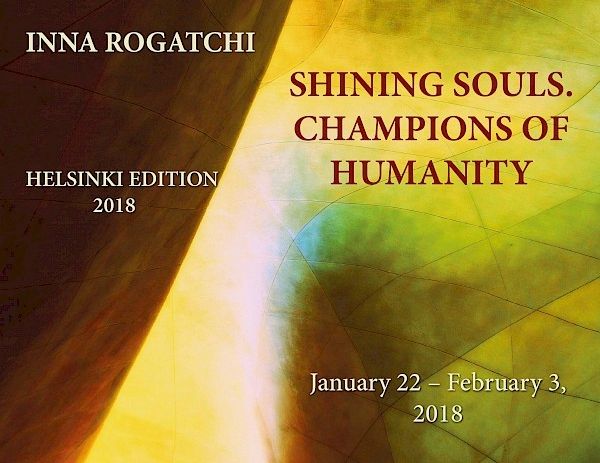