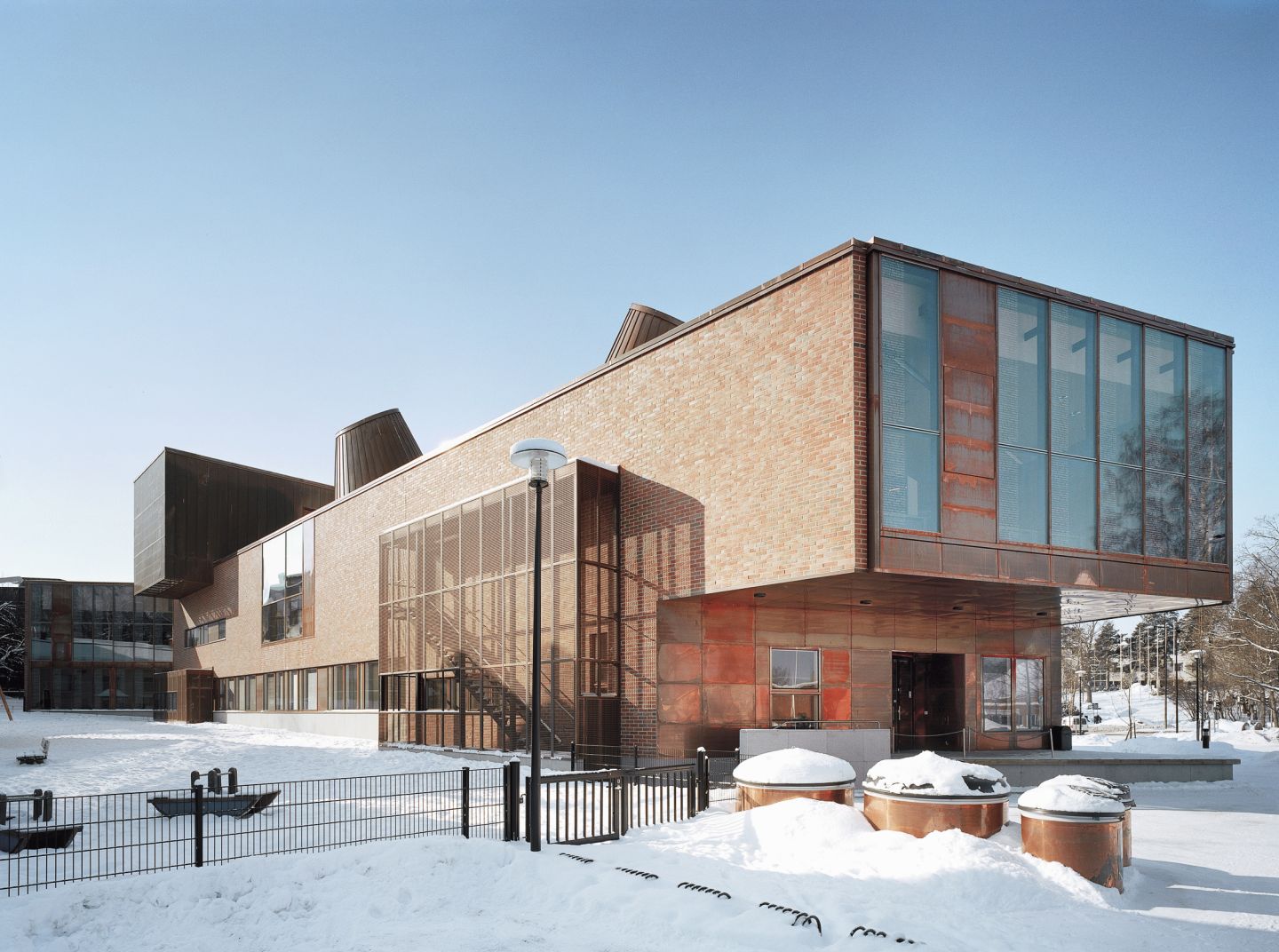 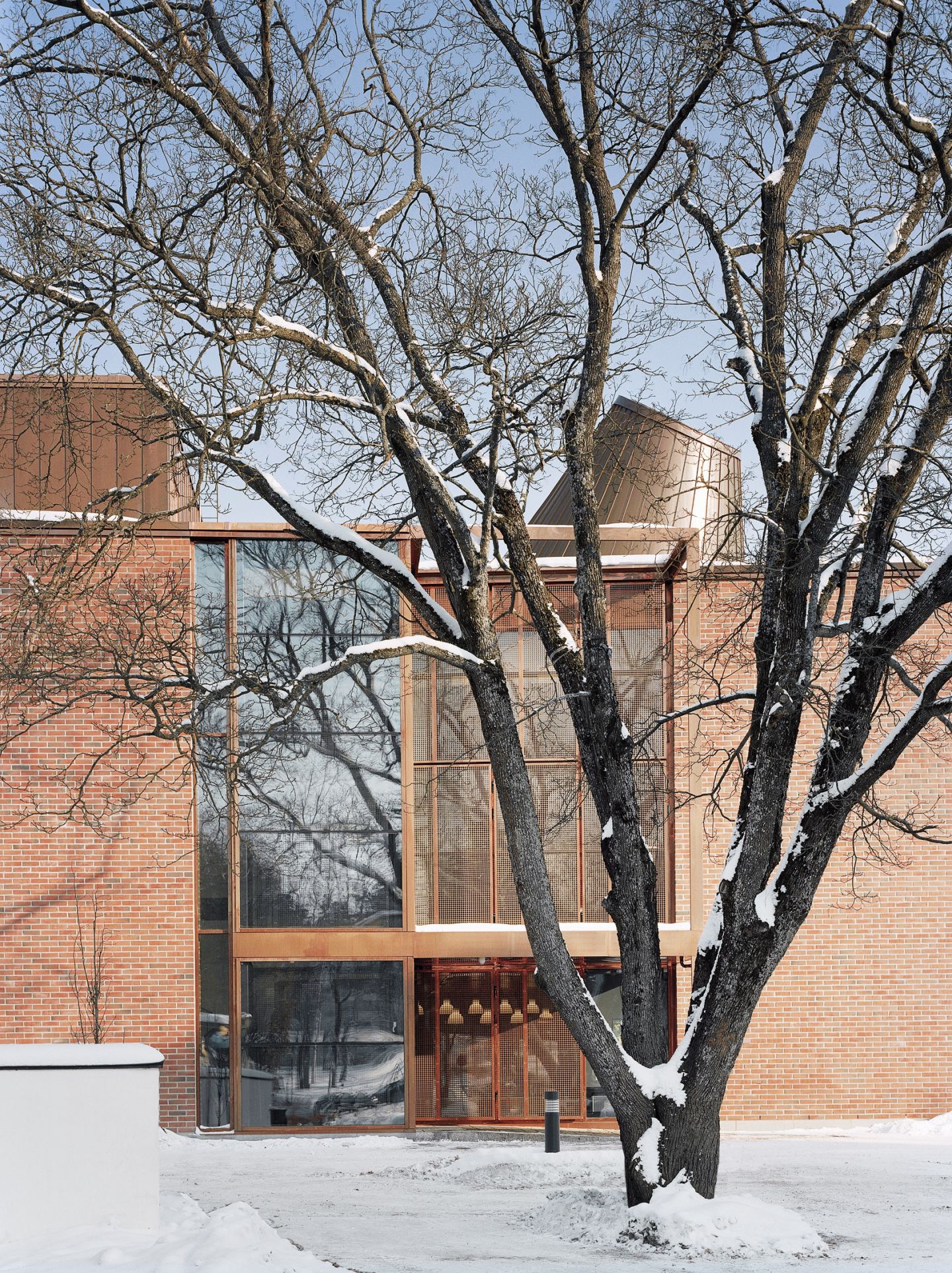 The library shapes the public space to funnel views to and from the library, school, civic centre and medieval church. 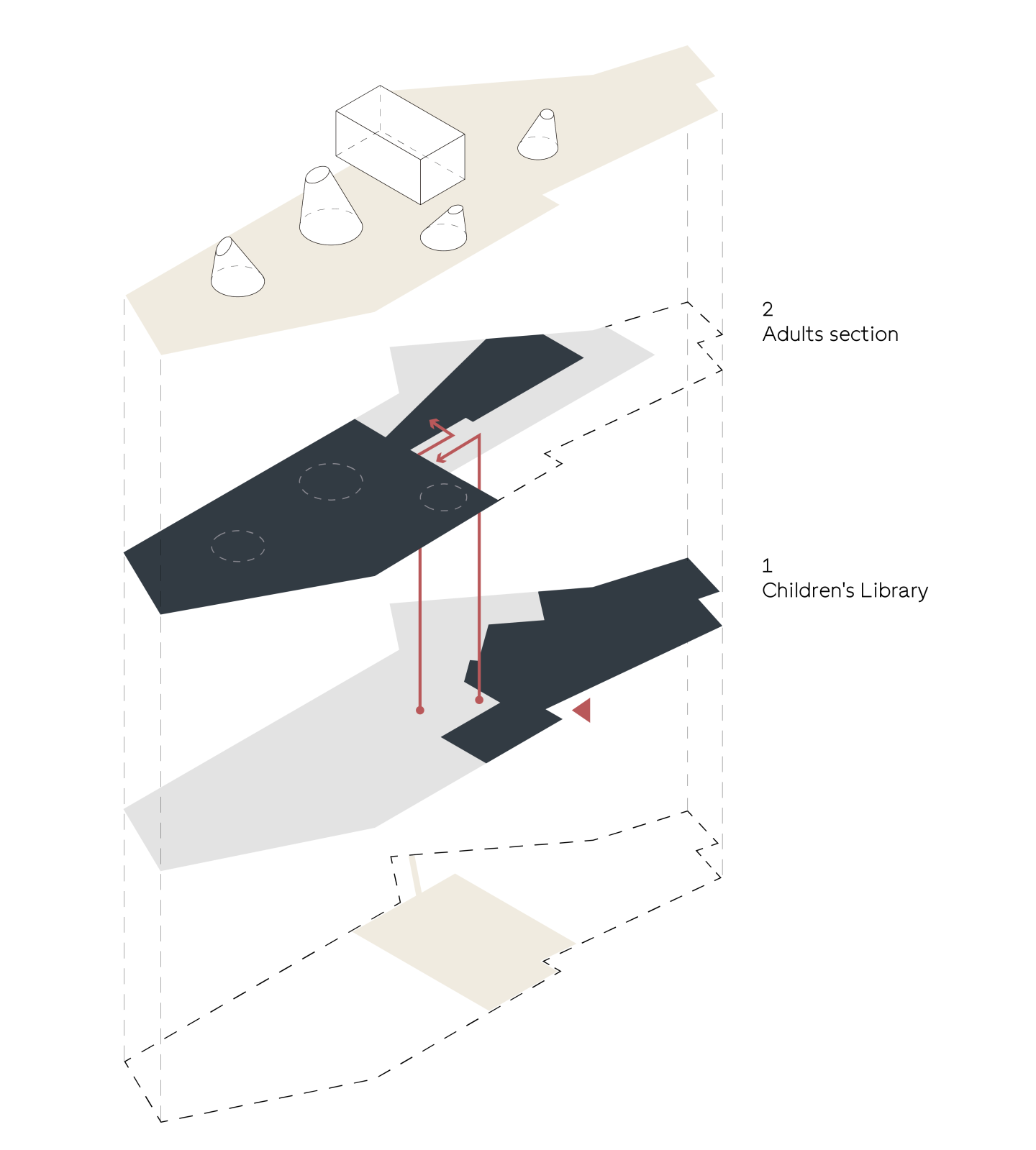 The library has two main open spaces, on different floors at opposite ends of the buildings. The ground floor has areas for children and young adults in a light-filled double height space to the south end of the building, and more private study and seminar areas to the north. Upstairs has larger, more open, spaces for bookshelves and reading clusters. Staff offices and access points are spaced throughout the building. 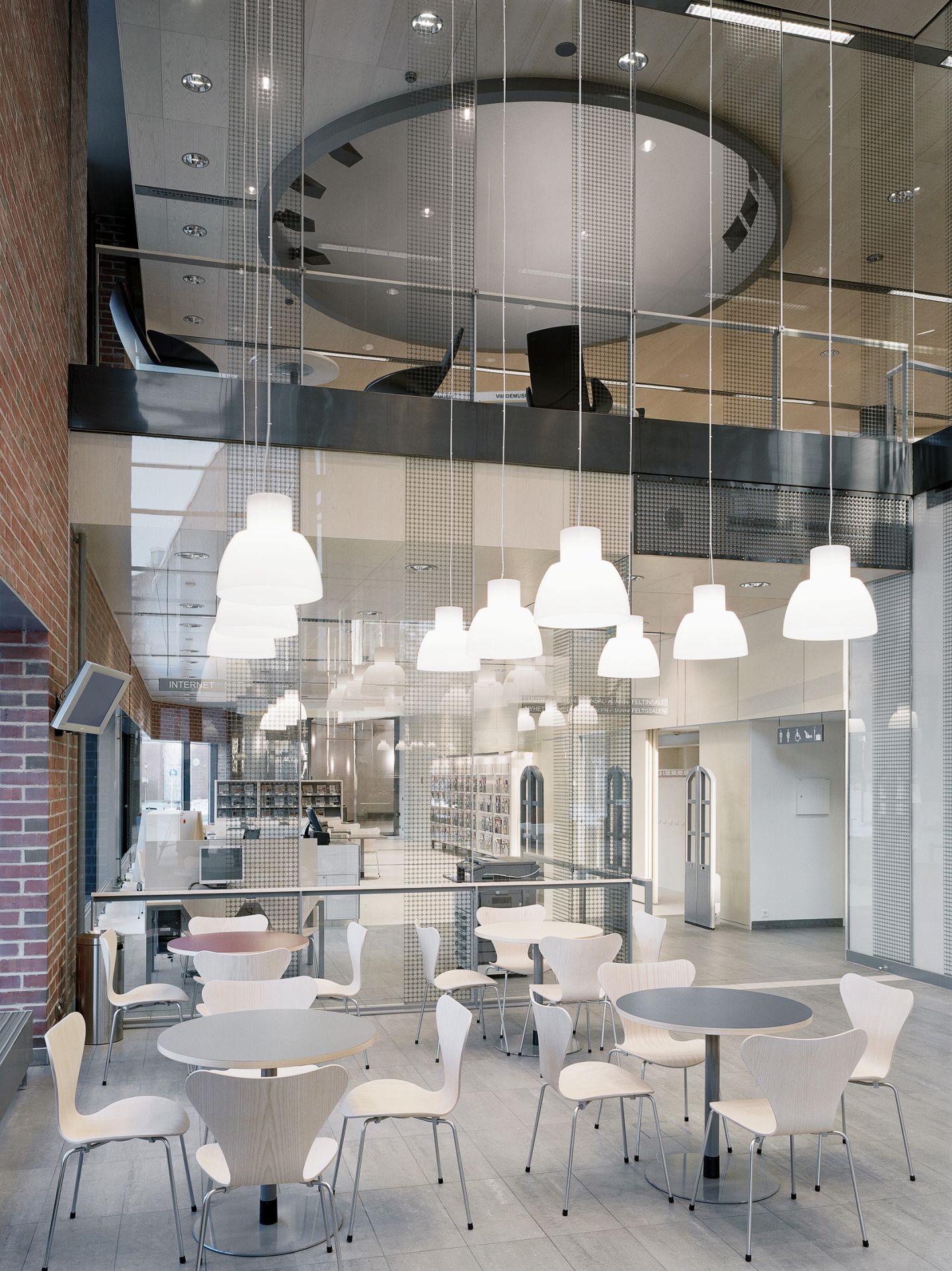 Within the library functions are arranged according to two main principles; creating an atmosphere filled with natural light, and giving specific views outwards. The enclosed sides and open ends naturally create a line of site between each of the city’s institutions, with the added benefit of channeling natural light throughout the building. 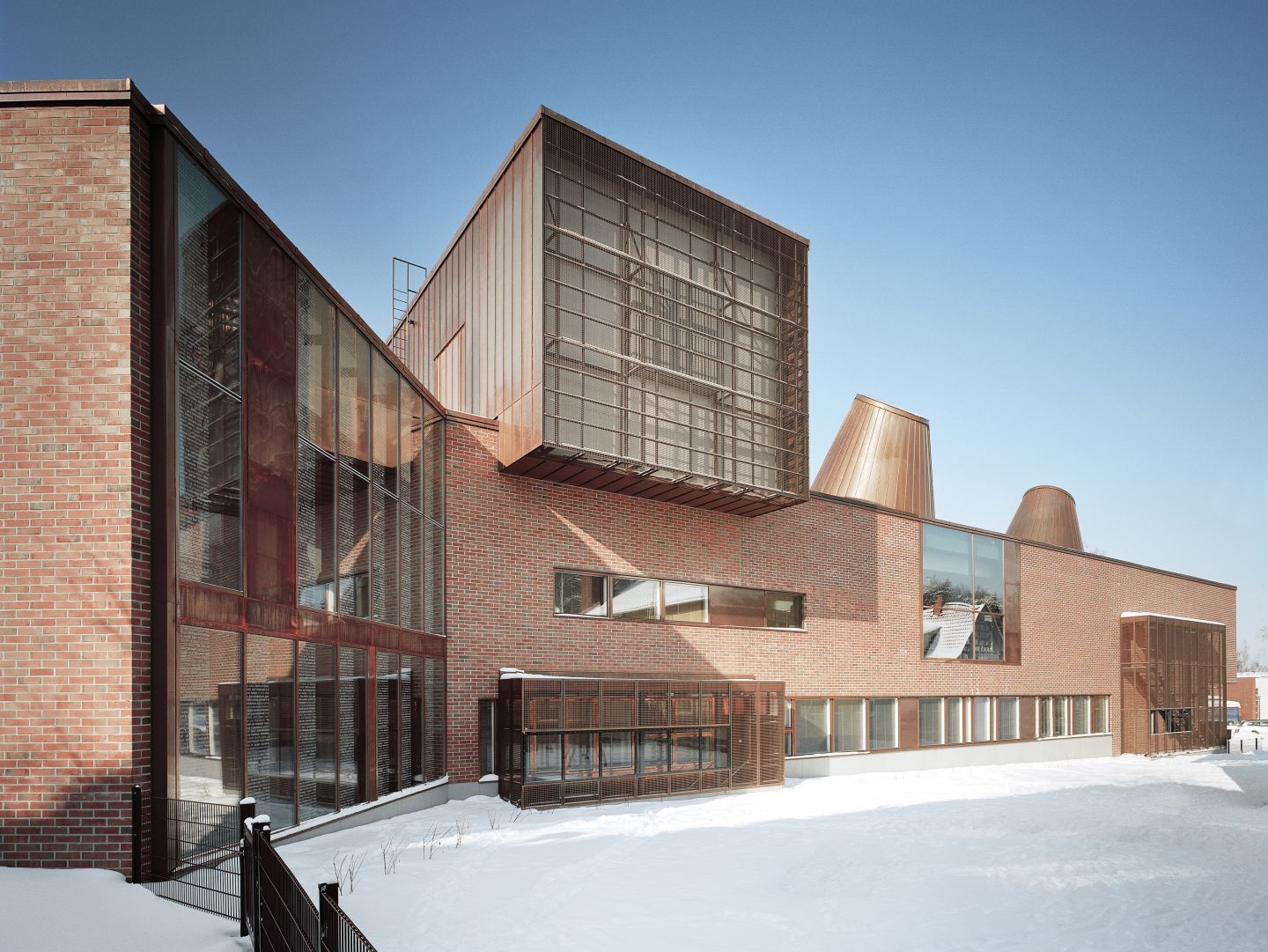 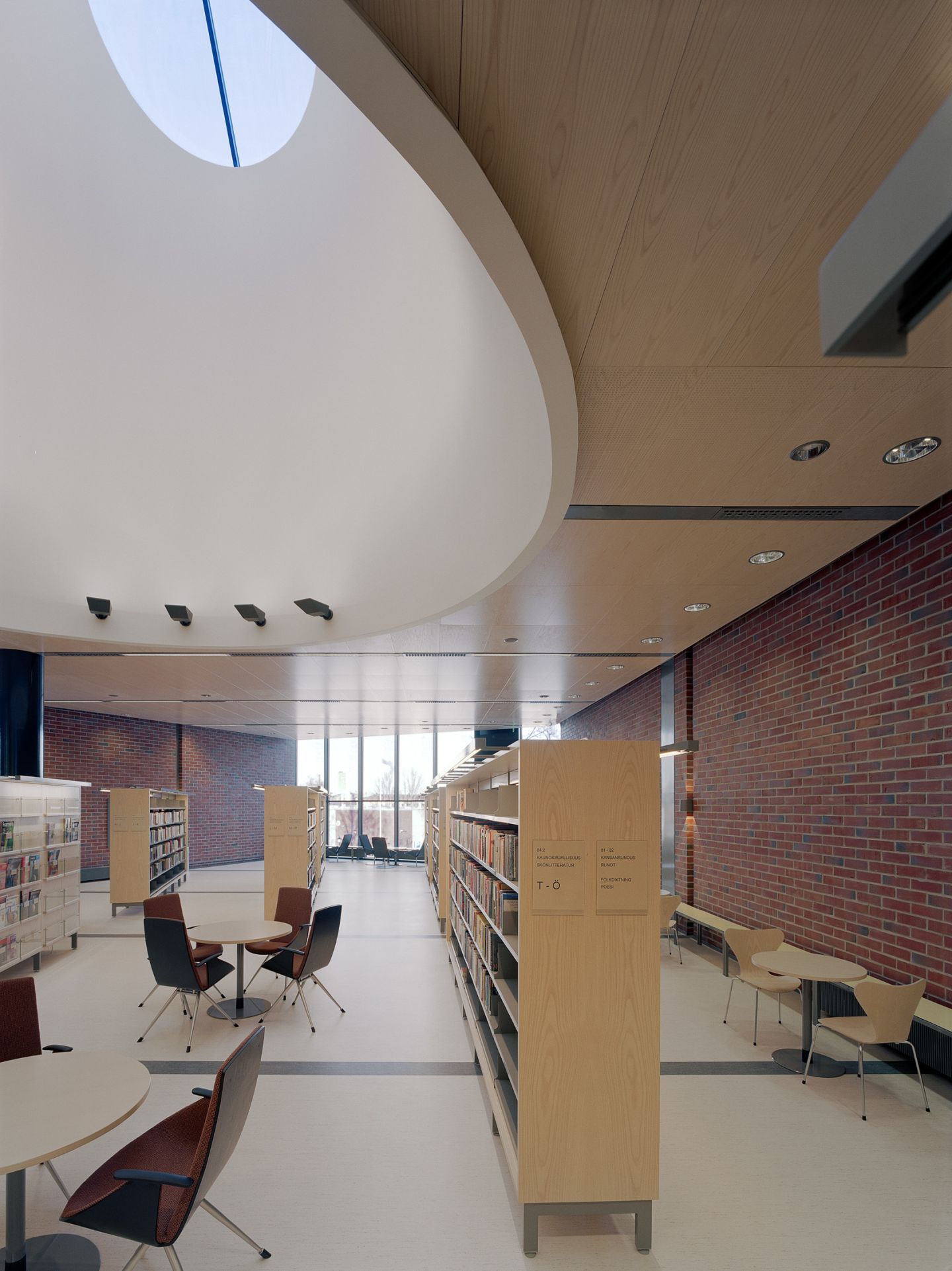 Inside, the lines of bookshelves are fanned around a point to keep an unobstructed line of sight and light. At points this is broken up by smaller seating clusters underneath large light-cannons; huge cones that funnel light into the library from above. The light cannons give each cluster an atmosphere of its own with distinct acoustics and light conditions. 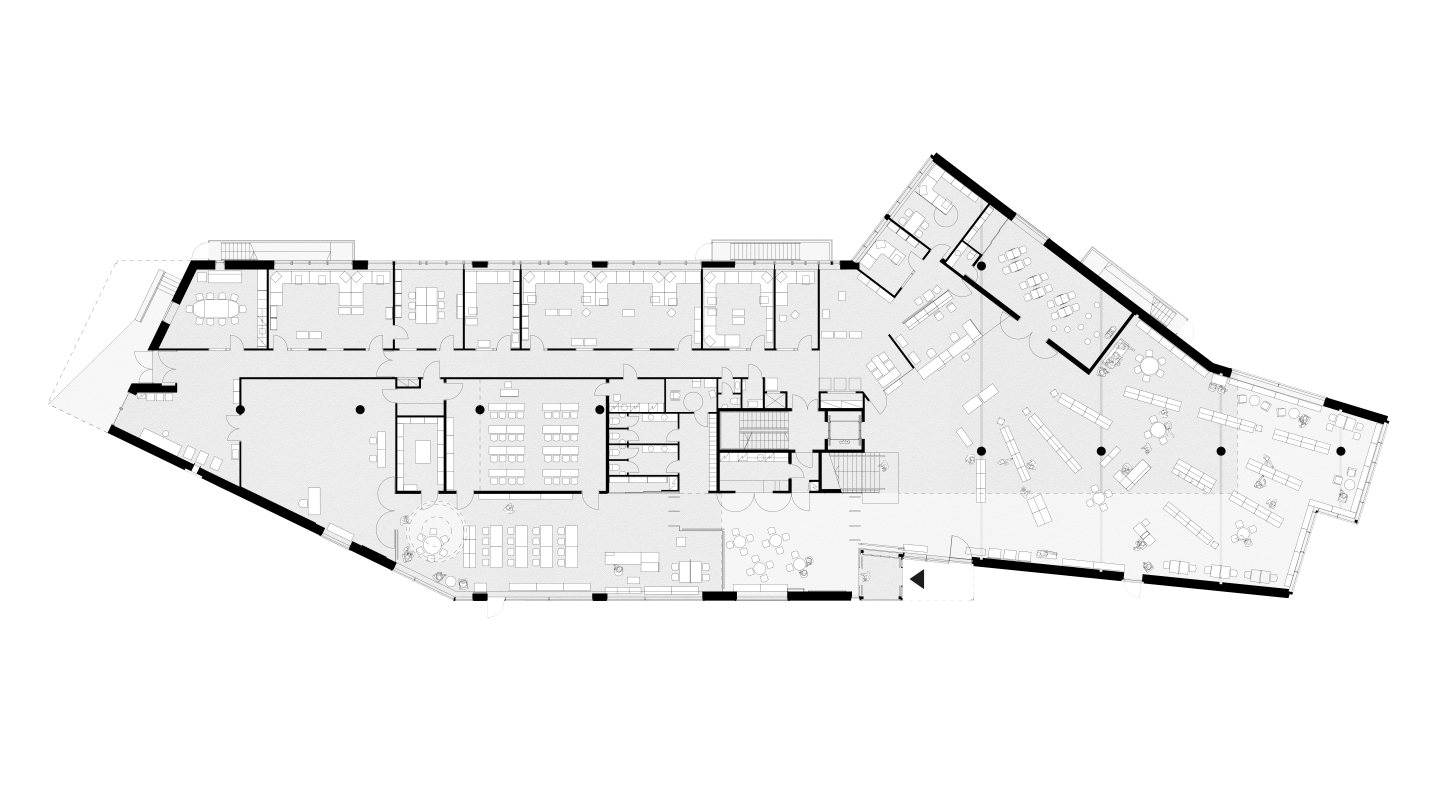 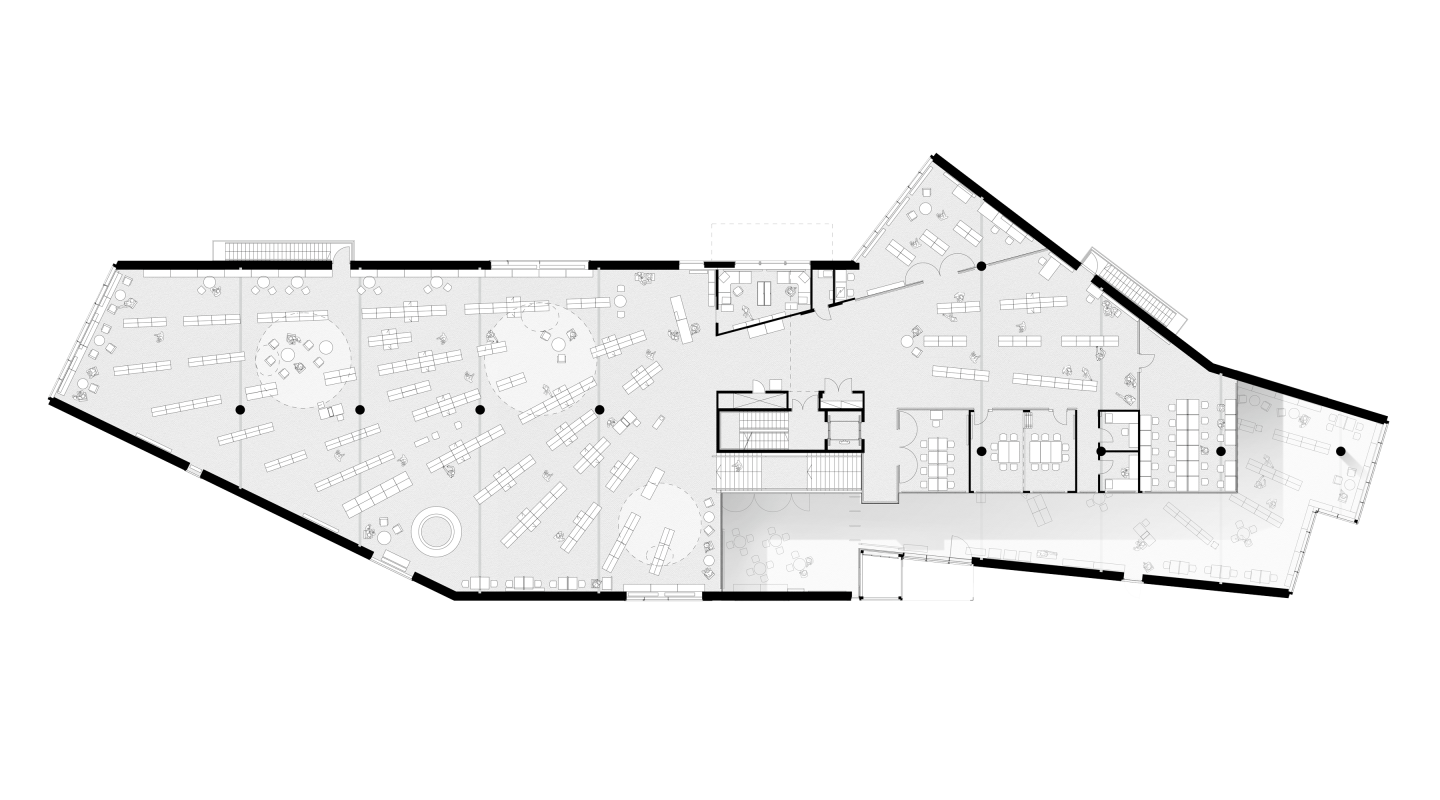