Lahdelma & Mahalmäki Architects have unveiled Requiem, their competition proposal for the Museum for the Defense and Siege of Leningrad, St. Petersburg. The project was undertaken in partnership with Ralph Appelbaum Associates who, together, formed the only international team amongst the four final designs. The design sees an elegant spiral, buried in the landscape, reaching up from the exhibitions which are buried in a vast cavern underground. The route corkscrews out the top of the riverside, reaching outwards to give views over the new St. Petersburg.

The Museum for the Defense and Siege of Leningrad and its several components form a powerful spatial composition, connecting to the character and history of the city. The Thread of Life, the Memorial of Heroes of Leningrad and the Square of Testimony all sit against the backdrop of a newly created tranquil river side park.

The ‘Thread of Life’ refers to the museum and exhibition centre sunken within the banks of the river Neva. An elegant white and gilded spiral stairway rises up from the cavernous museum space three floors below ground level, up through the submerged building, to burst out of a newly created green hillside. When on the lowest level underground, on the edges of the cavernous main exhibition space, visitors can look up and see the rest of the museum complex as a vast golden cuboid floating above them. Within this are the archives, temporary exhibitions and the Memory Institute; a learning centre with reading rooms, research spaces and lecture halls.

The Memorial of Heroes of Leningrad, next to the new museum, is a long, low wall dedicated to the heroes of the resistance and the siege. The memorial forms an axis which begins to integrate the memorial site into the existing city. The Square of Testimony, an inverted stepped pyramid, sits apart from this in the centre of the park. The square aims to give visitors a multi-sensory experience by providing a space for contemplation and meditation. Gentle sound-bites will be played, dedicated to the personal and individual testimonies of the people who lived through the siege.

The north end of the site will be raised to tuck parking, bus stops and the road underneath it – blocking out the noise and keeping a tranquil environment within the park. Part of the park, directly above the monument, is set aside for a natural meadow of wild flowers and grasses. This park is designed with outlines for redevelopment of the surrounding areas with the aim to connect the park and museum to the city and its Neo-Classical grid. This approach helps resolve issues of connectivity and accessibility on both a city-wide and local level. These additions help turn the site into a space of significance which connects the existing history to its history, which could welcome tourists and at the same time be taken by the city inhabitants as their own.

Lahdelma & Mahlamäki Architects have an established history of designing sensitive memorials; the modesty of their approach to these designs is the key to their effectiveness. In each design the office manages to capture the essence of the history and stories from the exhibitions, and express this through the architecture itself. In this way, the distinction between architecture and exhibition fades – what the visitor gains is a full-sensory plunge into the lives of those who the memorial speaks of. Similar projects include Polin, the Museum for the History of Polish Jews in Warsaw; Lahdelma & Mahlamäki’s design for the UK Holocaust Memorial in London, and ‘The Lost Shtetl’, a museum in Šeduva dedicated to remembering the devastation caused in the area by the Holocaust. 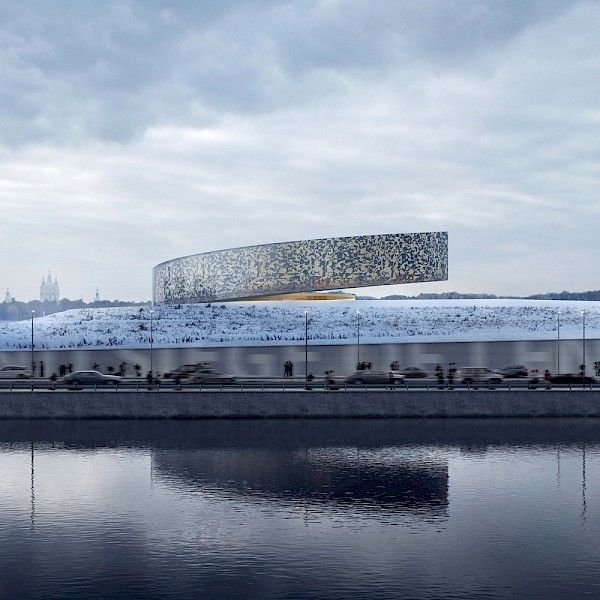